Govt decides to raise transport fares by up to 14 percent 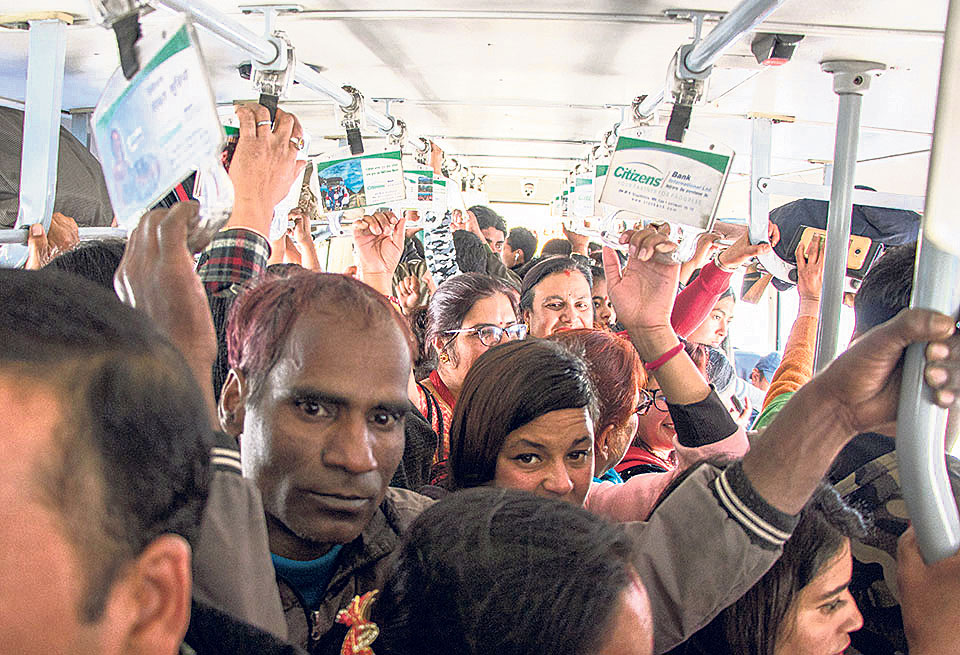 KATHMANDU, March 31: The government has decided to raise the fares of long distance travel by up to 14 percent citing soaring prices of petroleum products.

Officials said the Ministry of Physical Infrastructure and Transport on Thursday agreed to hike the fares on both the passenger and cargo transport by 10-14 percent. The ministry has also agreed to revise the transport fares from now onward if the petroleum prices fluctuate by at least five percent.

Over the period, Nepal Oil Corporation has hiked the prices of petroleum products by Rs 34 per liter.

The government had agreed to implement a scientific mechanism to revise the fares earlier in 2013. According to the agreement, the hike in transport fares is determined based on 35 percent increase in fuel and 65 percent rise in non-fuel factors that include bank interest rates, cost of spare parts, staff salary and administrative and maintenance costs.

After the federal government revised the transport fares, it will pave a way for provincial governments as well to increase fares of transport means for short distances. As the soaring market prices have already hit the general public hard, further hike in transport fares is sure to make their living dearer.

Transport fares hiked from Tuesday, the second time in a week

KATHMANDU, May 24: The government increased the transport fares from Tuesday, the second time in just a week, citing the recent... Read More...