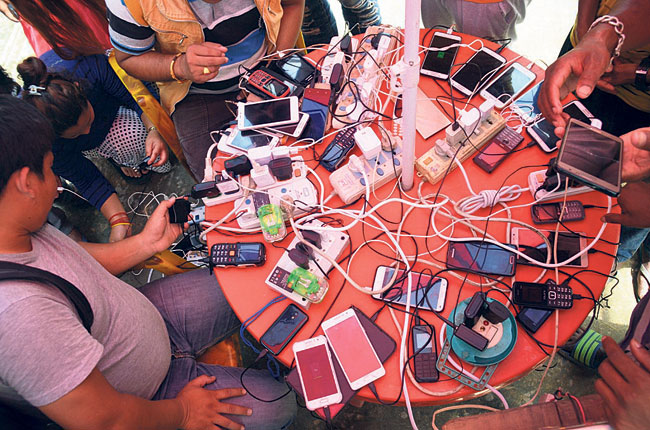 Officials at the NTA said they have formed a task force that includes representatives from the Ministry of Finance, Ministry of Communications and Information Technology, Mobile Phone Importers’ Association, the NTA and an expert of the sector. The taskforce is set to study variants of mobile phones that are in high demand in the domestic market, state grants needed to install assembling plants, possibility of accessories production and the mechanism in which such plants have been operating in other developing countries.

Min Prasad Aryal, spokesperson of the NTA, said the authority has stepped up preparations to generate employment  opportunities in the sector and to minimize outflows of the large amount of foreign currency to import the mobile phone sets every year.

The government record shows Nepal spends an average of around Rs 30 billion to import this electronic device annually. In addition, the government does not have any record of the grey market mobile phones that mainly come from India.

In the first seven months of the fiscal year 2020-21, Nepal imported mobile phones worth Rs 24.06 billion, an 84.67 percent year-on-year jump. According to the Department of Customs, the country imported 4.36 million mobile sets during mid-July and mid-February of the current fiscal year.

Meanwhile, the NTA since coming May will be introducing a system that enables the authority to defunct the working mechanism of illegally imported mobile sets. The NTA officials said necessary devices have already been imported and installation work is in progress.

Once the system is brought into implementation, the NTA will provide a code number of the system to the legitimate importers. The service providers need to connect the database of their devices to the NTA system. The mobile phones imported by an individual for personal uses will also have to register their cell phone to the NTA system to operate them.