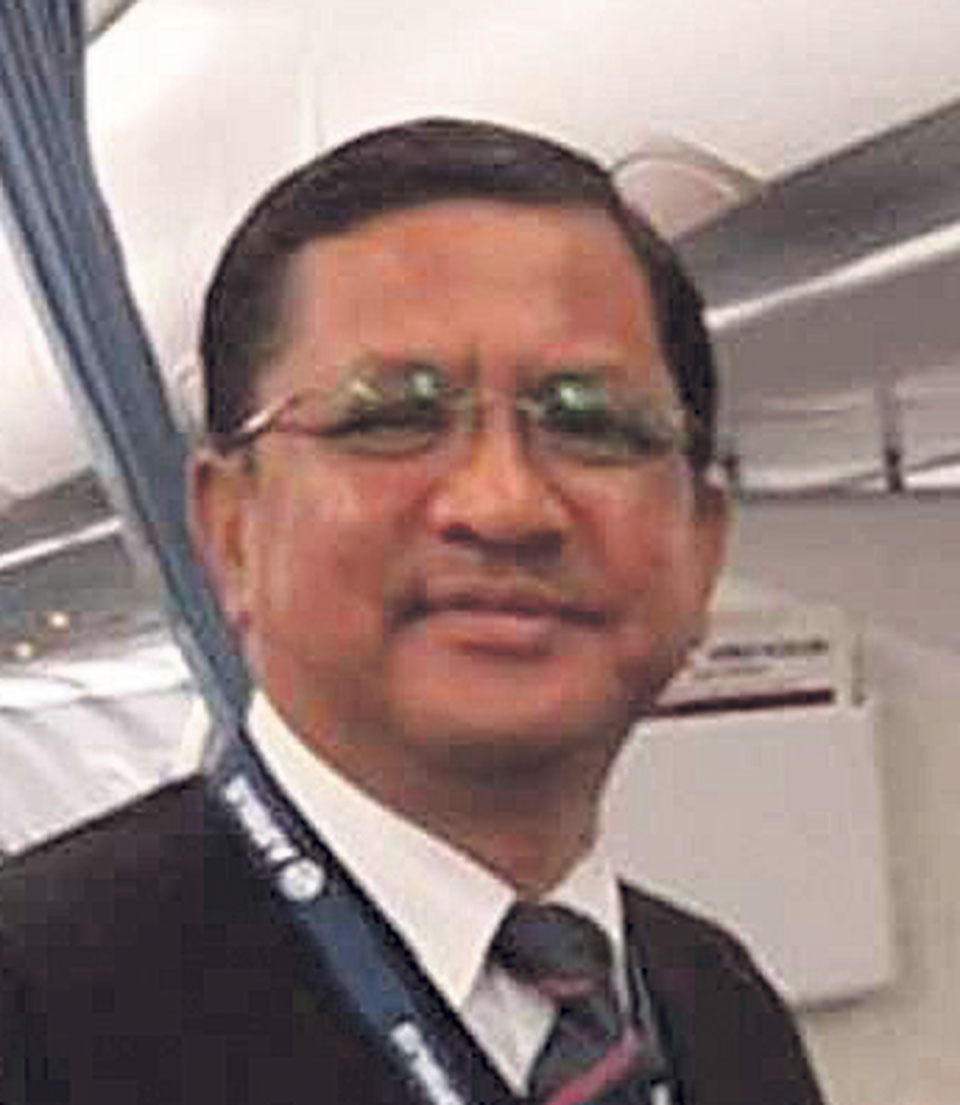 KATHMANDU, Aug 13: The government has decided to ban Captain Subarna Awale, a senior pilot of the Nepal Airlines Corporation (NAC), after he was found guilty of foreign currency misuse. He was recently fined about Rs 10 million by the Kathmandu District Court.

“Our aviation act, rules and laws have not specified the action to be taken against a captain or crew involved in foreign currency embezzlement, so we requested the tourism ministry to take an appropriate decision,” a senior source from the authority told Republica, adding, “The ministry then decided to ban Awale from operating flights.”

After the decision reached the authority, it sent a letter to the corporation not to allow Awale to fly planes. According to a senior official at NAC, the letter read, “Since it is not appropriate to allow someone like Awale to operate flights, we request you to take necessary action.”

After the district court on March 6 convicted Awale of foreign currency misuse, CAAN on March 11 had decided to bar Awale, who was then released on bail, for an indefinite period.

A committee was formed to investigate further into the issue as well as the health condition of the pilot and prepare an advisory report. The committee also decided to bar Awale from conducting flights. The committee took the decision after an examination of his mental health.

In April 2017, Awale, who was scheduled to fly an NAC aircraft to Dubai, was caught red-handed by Nepal Police with undeclared $93,600 at the Tribhuvan International Airport. He had said that he was carrying the undeclared cash to send to his daughter in the US via Dubai. It is against the law to carry more than $2500 while traveling abroad. Passengers have to declare the source of the amount if they carry more than that. In a statement given to the police, Awale had later confessed to his crime.

KATHMANDU, Dec 2: The Ministry of Home Affairs on Tuesday suspended two Superintendent of Police (SPs) and one inspector on... Read More...