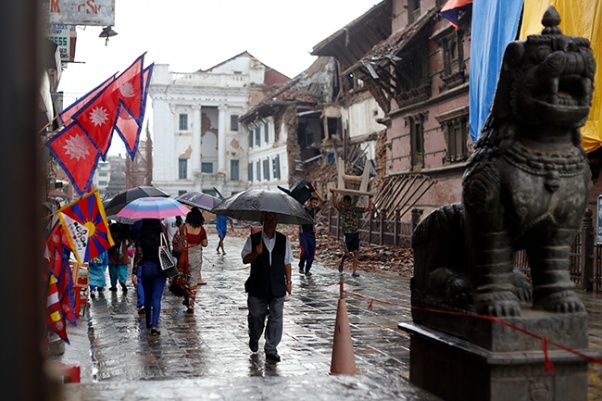 KATHMANDU, June 19: In view of possible disasters during the monsoon, the government has directed the provincial, local governments and Nepal Army to remain on alert and undertake all the necessary measures to minimize possible loss of life and property.

Prime Minister KP Oli, in his capacity as chairman of the Disaster Risk Reduction and Management National Council, summoned chief ministers of all the seven provinces and representatives of all three security agencies at his office on Monday and directed them to activate necessary mechanism at provincial and district levels to prevent possible loss of life and property due to disasters like floods and landslides during the monsoon. Chief ministers of the provinces and chief of Nepal Army are the members of the council.

Prime Minister Oli directed chief ministers of the provinces to coordinate with the authorities concerned at all three levels to ensure supply of essential goods, equipment, boats and medicines required for supporting immediate rescue and relief operations in the event of possible water-induced disasters.

The council, which was also attended by various ministers, also directed Nepal Army rescue teams to remain on standby with choppers at Itahari of Province 1, Pokhara of Province 4 and Surkhet of Karnali Province to tackle monsoon disasters.

Likewise, the council has asked the bodies concerned to immediately expedite the task of relocating settlements that are at high risk of landslide and floods during the monsoon season.

PALPA, June 7: As monsoon is just around the corner, almost all local units of Palpa have started purchasing the required... Read More...