Governors in capital, private house as their residence gets fixed 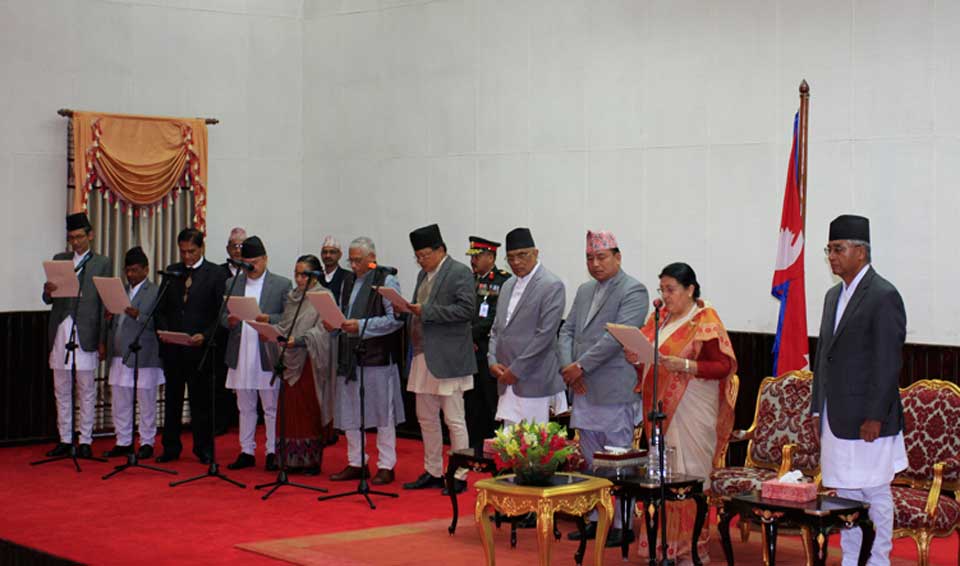 KATHMANDU, Jan 25: Although the government has arranged temporary residences for the newly-appointed governors in their respective provincial headquarters, most of them have chosen to stay either in the capital or at their private houses.

Governors Govinda Subba, Anuradha Koirala and Baburam Kunwar of provinces 1, 3 and 4 respectively have been residing in Kathmandu at a time when the local authorities have already set up their office and residence at the respective provincial capitals.
The government has arranged the guest house of Koshi Irrigation Project in Biratnagar as the residence of Province-1 Governor Govinda Subba. But he has been in Kathmandu for political consultations.

Likewise, Province 2 Governor Ratneshwor Lal Kayastha has been living in Janakpur Jute Factory premises temporarily. “Various state agencies have been working to manage my office at the Jute Factory area,” Kayastha told Republica over telephone on Wednesday.
Province 3 Governor Anuradha Koirala has returned to Kathmandu after administrating oath of office to the Provincial Assembly members. The government has arranged the Regional Administration Office as her office and residence in Hetauda.

As the local authorities at provincial capital Pokhara have been working on repair and maintenance of the residence and office of the governor of Province 4, Governor Baburam Kunwar has been living in Kathmandu for the time being. Local government agencies have been repairing the regional immigration office and zonal chief's office as his office and residence respectively, said Kunwar.

Newly-appointed governor of Province 5, Umakanta Jha has been living in a guest house of the Department of Roads, Butwal as the local authorities have arranged it as the governor's residence temporarily. The office of the Department of Commerce has been fixed as the governor's office until further arrangement. “Both the office and the residence are very congested,” said Governor Jha.

With the local authorities working for maintenance of the governor's residence in the temporary provincial capital in Surket, Province 6 Governor Durga Kesheri Khanal has been living in his own house in Biredranagar. “He will shift to the residence after 10 days as it is under maintenance,” said his aide Bishnu Regmi.

Province 7 Governor Mohan Raj Malla has been living at a quarter of the Regional Forest Directorate in Dhangadhi and working from the office of Small-scale Cottage Industry. “The government has provided temporary residence and office for the governor until further arrangement,” said Yubaraj Subedi, secretary at the governor's office.

According to sources, the government has allocated Rs 70 million for setting up temporary office and residence of the governors and arranging their secretariat in each province. A governor will have 15-member secretariat team including 13 government staff.

Bill on privileges of province governors tabled in House

KATHMANDU, Sept 26: The government has registered a bill in parliament, specifying the allowance and other perks and benefits each provincial... Read More...

Climate change to blame for extreme weather
19 hours ago

8 killed, 7 missing in natural disasters in Ilam
16 hours ago

Climate change to blame for extreme weather
19 hours ago