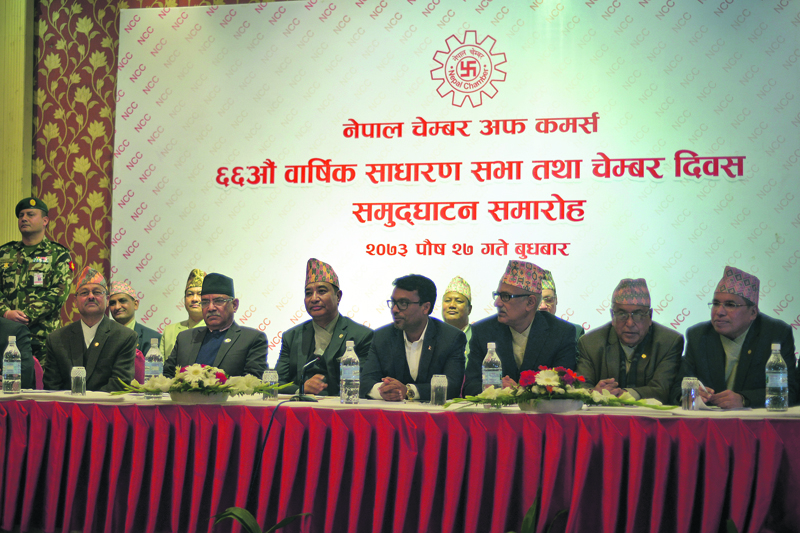 PM Dahal also said that the recently endorsed Bank and Financial Institution Act (BAFIA) will bring about improvements in the banking sector. “We are sparing no efforts to decrease load-shedding after the country and to control energy leakage,” he said, adding that reduction in power cuts have helped to increase industrial production.

The prime minister also said that the he was keenly monitoring the implementation of national pride projects. “Economic development is not possible without coordination of government and the private sector,” he added.

Stating that the government was committed to promote export in coordination with the private sector, Dahal said he, in the BIMSTEC and BRICS summits, discussed with leaders of India and China about the possibility of increasing through railways, roadways and airways. “All three countries will be benefited if there is better connectivity,” he added.

Likewise, Pashupati Murarkar, president of the Federation of Nepalese Chamber of Commerce and Industries (FNCCI), said industrialists have breathed a sigh of relief following reduction in load-shedding hours.

BIRATNAGAR, March 5: Prime Minister Pushpa Kamal Dahal has said that agitating Madhesh based parties will participate in the election once... Read More...

If anything is left to say or write, do it now: Rabi Lamichhane
11 hours ago