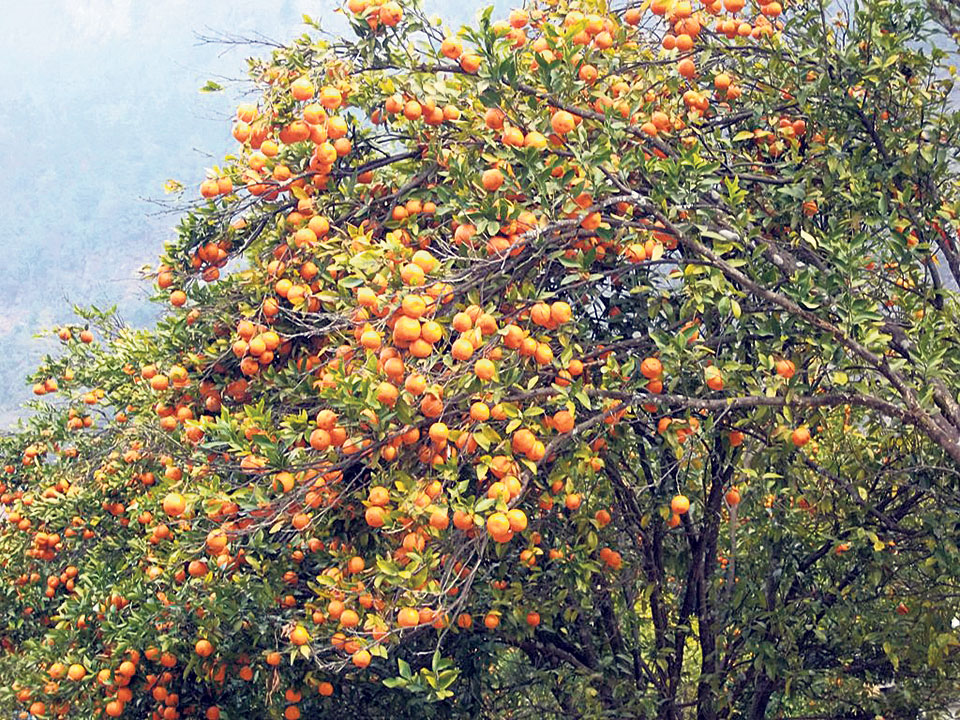 KATHMANDU, Dec 8: The government has launched focused program for orange and maize in Gulmi district, targeting to boost commercial farming of these agricultural products, despite the government failing to achieve notable success in similar programs that were implemented in the past.

The Prime Minister Agriculture Modernization Project, yet another ambitious program of the government, is investing hefty amount by declaring all 77 districts as pocket areas for potential agricultural products. Apart from maize and orange, the government has also identified five districts including Palpa, Arghakhachi, Gulmi, Syangja and Pyuthan districts as super zone for coffee production.

Uma Nath Bhandari, senior agricultural officer of the project and unit chief of the Gulmi-based project, said the government has declared Gulmi district under zone category for the production of maize and orange. According to him, the project has started providing subsidies to those farmers who wish to start commercial farming of these agriculture produces. “The project provides training to farmers and invests in providing subsidy to build irrigation infrastructure, to purchase related tools and saplings,” said Bhandari.

According to Bhandari, the project is providing the support by forming the farmers' groups. “For orange production, a farmer should have to maintain at least 500 plants to be eligible to get subsidy,” said Bhandari, adding that the government has facilitated maize production in Gulmi as the district falls almost in the third position for high yield of maize out of 77 districts.

In the past, the Ministry of Agriculture Development (MOAD) had implemented mission programs of crops and commodities such as paddy, maize, vegetables, lime, lentils and fish during the years 2008-2013. With these programs, the government had aimed at making the country self-reliant in food within two to three years.

The Maize Mission Program was started with the objective of substituting maize import from India, increase income of the farmers and supply raw materials for feed industries through integrated supply of seeds, machineries and other inputs. However the program had failed to give the country with notable production volume and result, the country continues to rely on ever increasing import.

National Agricultural Census 2011 shows that maize plantation in the country was down by 12 percent. According to the statistics of Trade and Export Promotion Center, 2.92 billion metric tons of maize, worth Rs 71.2 billion, had been imported from India during July 2009 to June 2019. In the recent years, maize worth Rs 12 billion is being imported annually.

The government had implemented many programs aiming at food and nutrition security, targeting to ensure food security in the hunger stricken region. But out of 16 high hill districts, 12 districts still have food deficit shows the government statistics. Even the public-private partnership programs such as 'One Village One Product' and 'One District One Product' programs, which were launched in the past decade, have now been discontinued after they failed to yield encouraging results.

Two killed in landslide in Gulmi, one missing

GULMI, July 3: A landslide in Gulmi killed two children on Thursday night. A man has gone missing in the... Read More...

50 houses at risk after massive forest fire in Gulmi

Indonesia police chief, others removed over soccer disaster
44 minutes ago