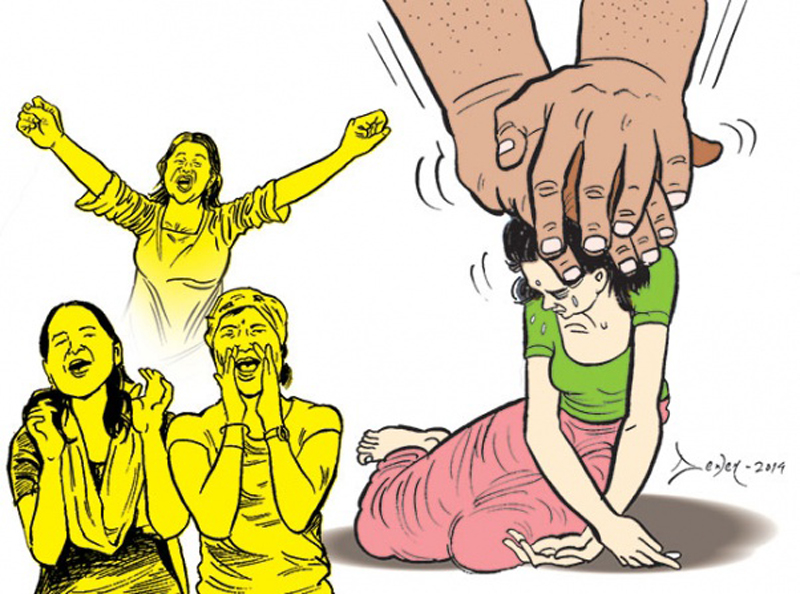 KATHMANDU, June 9: Speakers have expressed serious concern over growing cases of violence against women across the country.

Speaking at an interaction program organized by Sambad Dabali in the capital on Saturday, the speakers observed that the violence against women has sharply increased following the rape and murder of 13-year-old Nirmala Panta of Kanchanpur last year.

Gajurel accused the government of shielding the murderers of Nirmala Pant. "If they were not protected by the government, why have not been they arrested yet?" he argued.

Vice President of Samajwadi Party-Nepal Hisila Yami, said that women are suffering from the different forms of violence since their early age due to the patriarchal nature of the society. Yami suggested that education and employment opportunities could create public awareness and women empowerment programs.

Similarly, Chairman of All-Nepal Women Association (Revolutionary) Ambika Mudhbari was of the view that the cases of violence against women have been increased due to poor implementation of the laws.

"Though we have brought several laws to ensure women rights, the numbers of cases related to violence against women have not been controlled. It means that our laws have not been implemented," she said.

BIRENDRANAGAR, June 23: The Karnali State in the past nine months reported 116 cases of rape which is nearly a... Read More...

Apples worth Rs 500 million exported from Mustang
1 minute ago