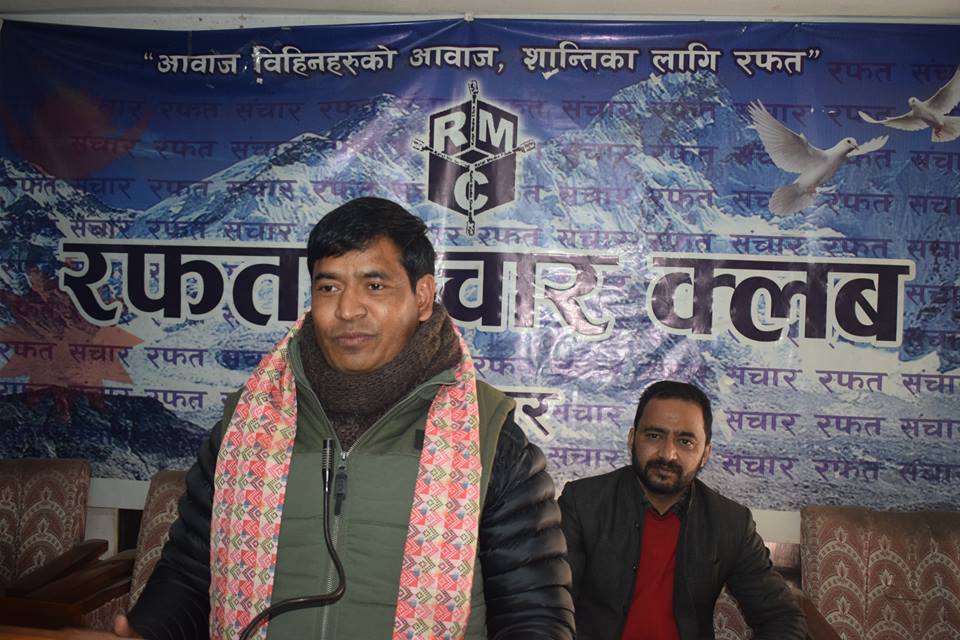 BHAKTAPUR, Jan 14: Former minister and youth leader of CPN (Maoist Center), Mahendra Shahi has opined that he is capable and ready to shoulder responsibility as chief minister of Province 6.

Speaking at a press conference in Bhaktapur, he urged political parties of Province 6 to unite for development and accused the current government and the Election Commission for delaying power handover.  Moreover, he said that national and international forces were meddling to break the left alliance.

“If KP Oli is to be the prime minister in the newly formed government, Pushpa Kamal Dahal will become the party chairman,” Shahi said adding that the government would complete its five year tenure at all costs.

He added that while the new government would give continuity to good works of the current government, wrong decisions would be intolerable for the Left Alliance government. He also accused the Sher Bahadur Deuba led government of taking unconstitutional steps.

He also accused the Election Commission for dillydallying to push the current government to begin power handover process.

Mahendra B. Shahi to swear-in as CM at 3 today

KATHMANDU, Feb 16: Governor of Province 6, Durgakeshar Khanal will administer the oath of office and secrecy to Mahendra Bahadur... Read More...

KATHMANDU, Feb 27: Even as the government has fixed May 14 as the poll date, the Election Commission (EC) is yet... Read More...