Govt could not live up to public expectation: Ex-PM Bhattarai 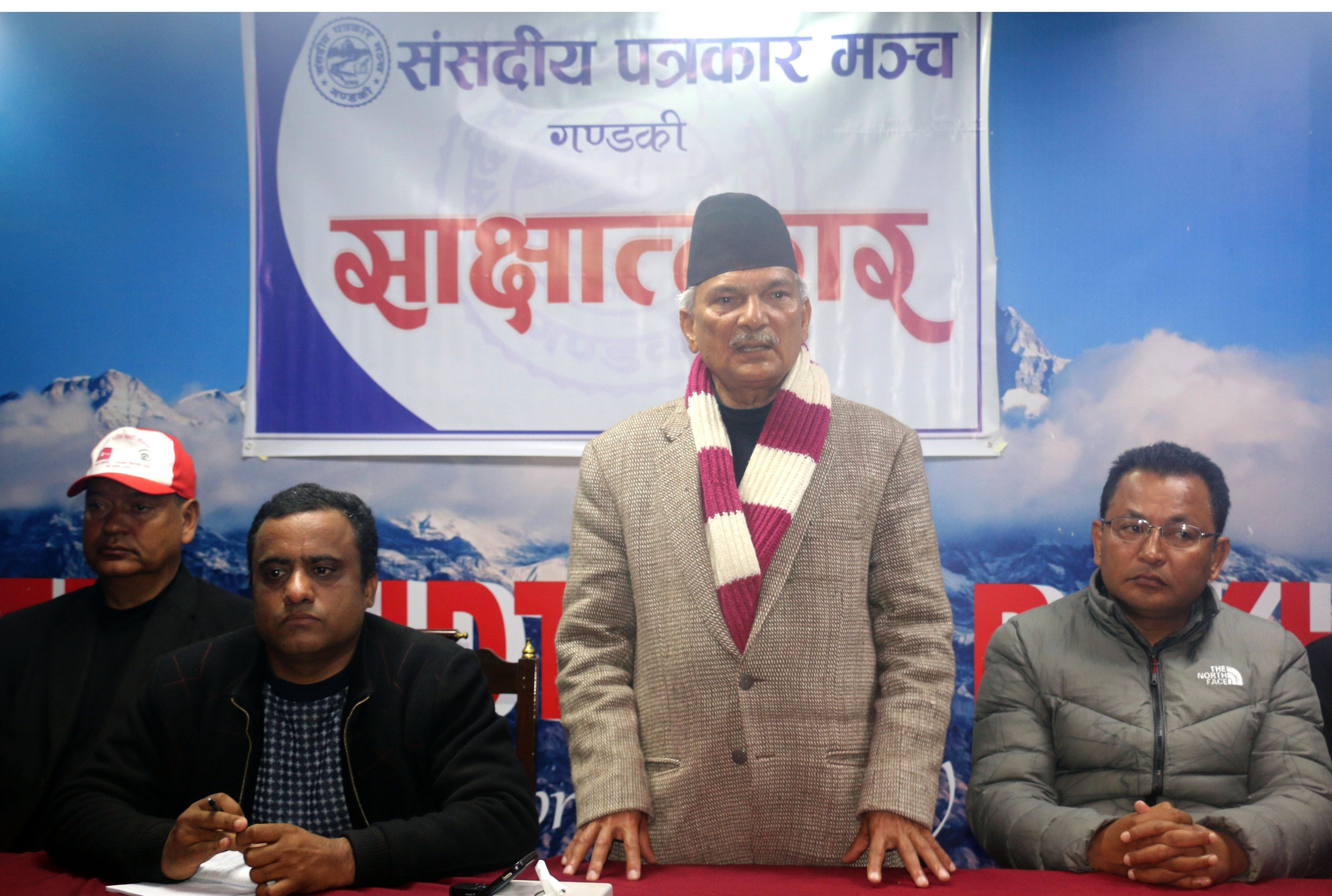 At a face-to-face program organized here today by Parliamentary Reporters' Forum Gandaki Province, Dr Bhattarai noted that the public has anticipated much from the government as it was constituted following the establishment of the federal democratic republic.

Though the government needs to take giant leaps in development works to live up to people's aspirations, its current pace is very sluggish.

He also criticized the government for failing to do concrete works to consolidate the economy.
Saying that the prevalence of poverty and unemployment are increasing over the time, he pointed out the need to level up the two-digit economic growth rate for two decades so as to reach average per capita income to Rs 10,000.

Attaining prosperity is not possible without attracting investments from the private sector, Dr Bhattarai said there is no option but to gradually foster the environment for investment.

The former PM also highlighted the importance of road infrastructure development for prosperity and suggested the government to lay emphasis on the construction of Koshi, Kaligandaki and Karnali corridors.

The Law of Expectation

KATHMANDU, Aug 31: The Supreme Court has set a date to issue the verdict on a writ petition filed demanding... Read More...

Federal Alliance to end support to govt if polls not withdrawn

The Federal Alliance has decided to withdraw its support to the government unless the announcement of the local level polls... Read More...