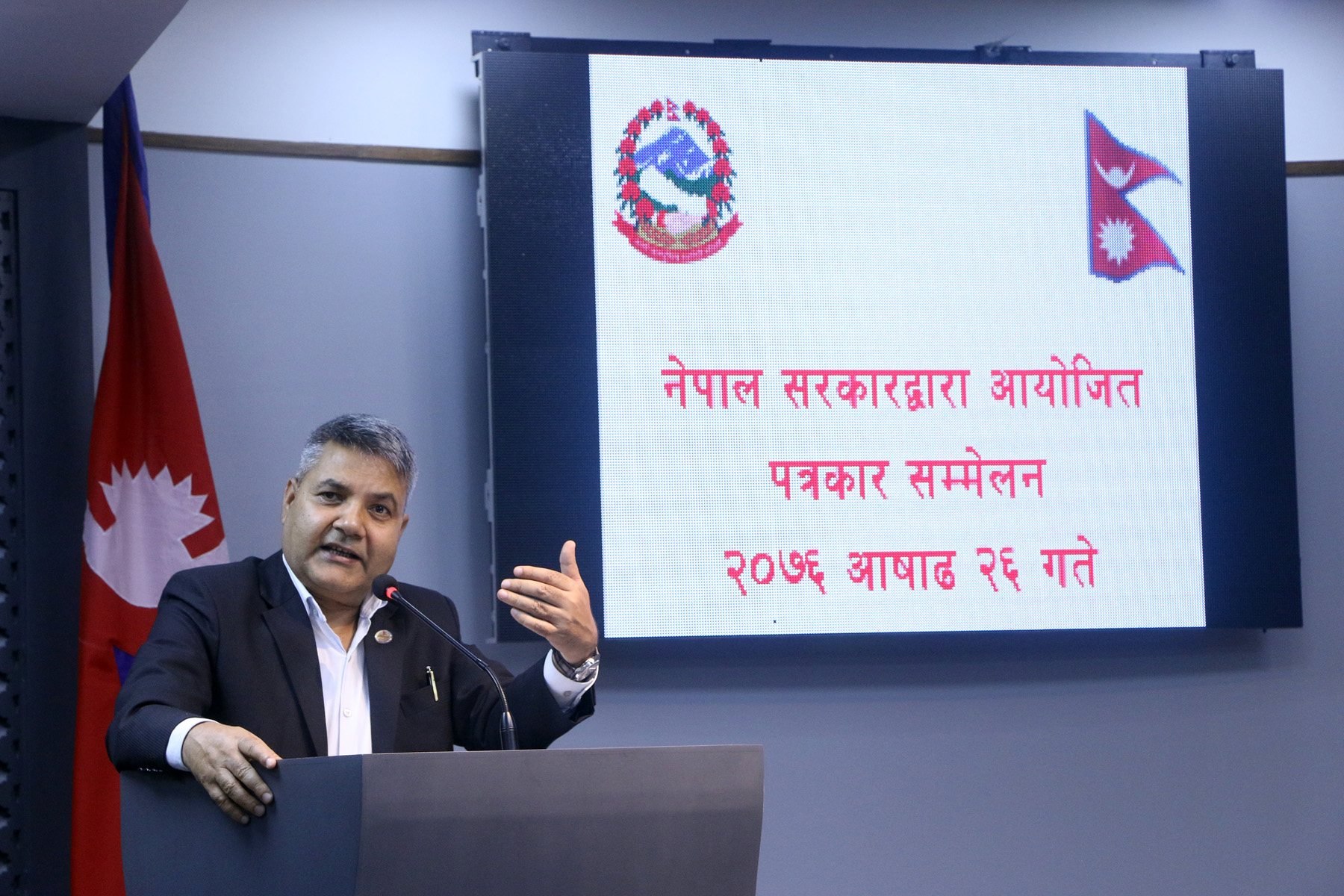 KATHMANDU, August 2: Minister for Communications and Information Technology Gokul Prasad Baskota has said the government is committed to protecting and fostering the Nepali film industry.

While welcoming the newly elected leadership of the Nepal Film Artists' Association to his office today, the minister urged the delegation to contribute suggestions in writing in regard with a bill related to the film that the government was going to introduce.

On the occasion, Association founding and incumbent chair Rabindra Khadka demanded the enforcement of the Film Policy-2071 BS. The Cabinet decision to provide two ropani of land in Dhapasi for the use of the Association when the (late) Girija Prasad Koirala had been in the prime ministerial post was yet to be enforced, he briefed the minister, requesting for ensuring the Association's right to use the land as per the law. The delegation submitted a memorandum to the minister, calling upon the government to manage lands for the Association anywhere if the Dhapasi land could not be given to it.

Three days ago, the team had met with the Minister for Land Management, Cooperative and Poverty Alleviation, seeking the Association's right to use the land, said Association vice-chair Mohan Niraula