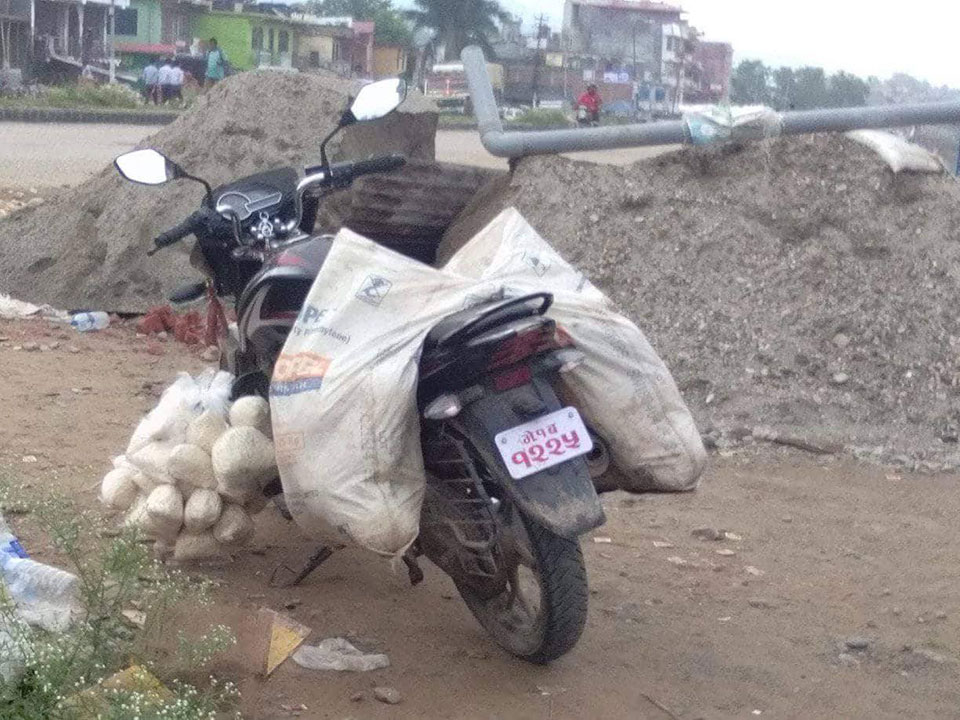 The motorbike, Bhe 1 Wa, 1225, belonging to Assistant technician Yamraj Joshi working at Office of the Municipality Drinking Water was found carrying stuffs for his own factory.

Joshi has a factory of bread and chowmein in Birendranagar.

Two months back, the office had provided the motorbike to Joshi however, according to locals, Joshi has not used it for any official services.

In order to have efficieny on official works, the office had provided the motorbike, however, it was found used in various other personal works.

“He uses the bike for selling breads and chowmein packets in the morning and evening time while he uses it to teach riding during the afternoon time for his relatives”, said one of the local.

On the other hand, Upendra Thapa, Mayor, Panchpuri municipality says that he is unknown about the thing. “I just came to know about it” Thapa said adding that, “I will be going ahead for the investigation and necessary step will be taken.”

China punishes over 8,000 people for misuse of government funds

SHANGHAI, Dec 23: China has punished 8,123 people for committing fiscal violations after an audit of how the government’s 2016 central... Read More...