Gopal Khadka steps down after failed bids at comeback 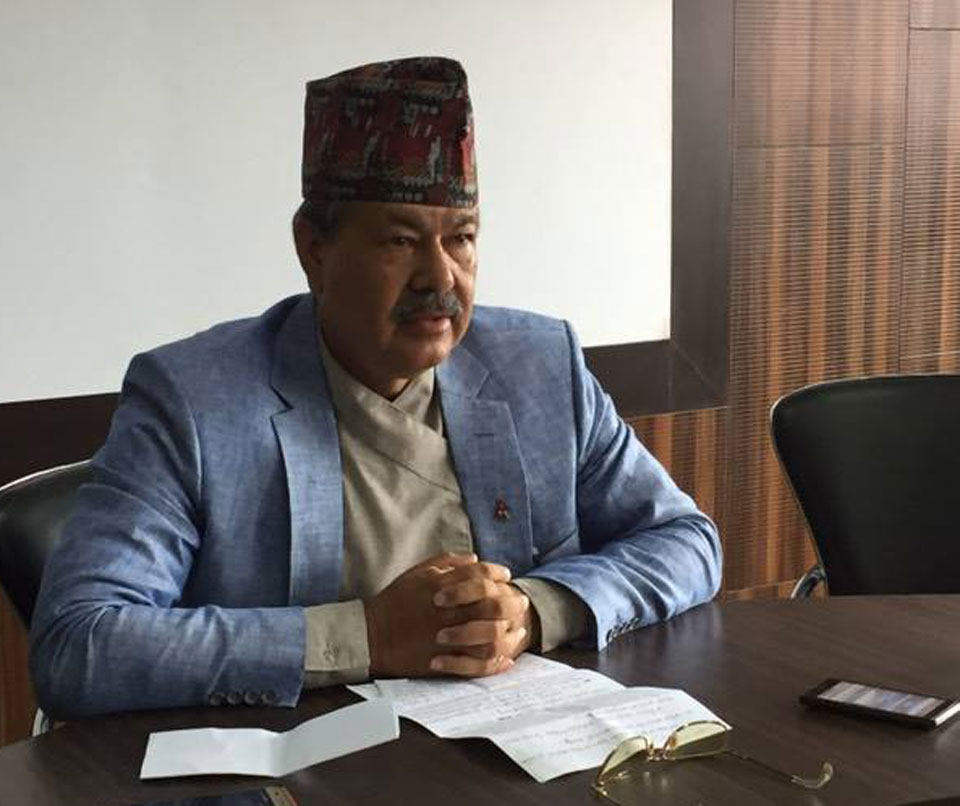 KATHMANDU, June 8: After his attempts to return to his previous position failed, the managing director of Nepal Oil Corporation (NOC) Gopal Khadka, who has been accused of embezzling over a billion rupees while procuring land plots to set up oil storage facilities in various districts, relinquished the post on Thursday.

Khadka tendered his resignation six month before the expiry of his four-year term as the chief of the fuel monopoly after his attempts to return to the post through lobbying in the corridors of power failed.

Khadka submitted his resignation letter to the Office of the Prime Minister and Council of Ministers through Minister for Commerce and Supplies Matrika Yadav on Thursday. Organizing a press conference on Thursday, Khadka said he decided to step down as he was not allowed to work as managing director of the NOC and was instead shunted to the ministry and given no role. “I thought it is not good to remain in a position without any responsibility for a long time,” he said.

Khadka said that he resigned to pave the way for appointment of new managing director at the NOC. On the occasion, he also alleged that both domestic and foreign forces had actively worked to make him unsuccessful even as he had transformed the loss-making NOC into a profit-making enterprise.

Various state agencies had initiated action against Khadka after Republica and its sister publication Nagarik ran a series of stories on NOC funds embezzlement by Khadka. Subsequent investigations by the agencies found that Khadka was directly involved in embezzling the funds.

Although Khadka was sacked by the cabinet led by Prime Minister Sher Bahadur Deuba on the recommendation of the then secretary at the Minister for Supply Krishna Devkota, Supreme Court had reinstated him to the post of NOC managing director. After this, the Ministry of Supply recalled him to the ministry without giving any role.

NOC was found to have paid as high as four times the market price to purchase plots of land in Rupandehi, Chitwan, Sarlahi and Jhapa districts.

While buying land plots in Chitwan, Rupandehi, Jhapa and Sarlahi districts, the NOC was found to have paid four times more than the actual price in collusion with the local middlemen. Different parliamentary committees had concluded that around Rs 1.5 billion was embezzled while buying the land plots. The issue was later taken up by the Commission for the Investigation of Abuse of Authority, the constitutional anti-graft body.

Suresh Basnet steps down from KUKL board

KATHMANDU, March 22: The immediate past president of Kathmandu Upatyaka Khanepani Ltd (KUKL) has resigned from the KUKL board of directors. Read More...