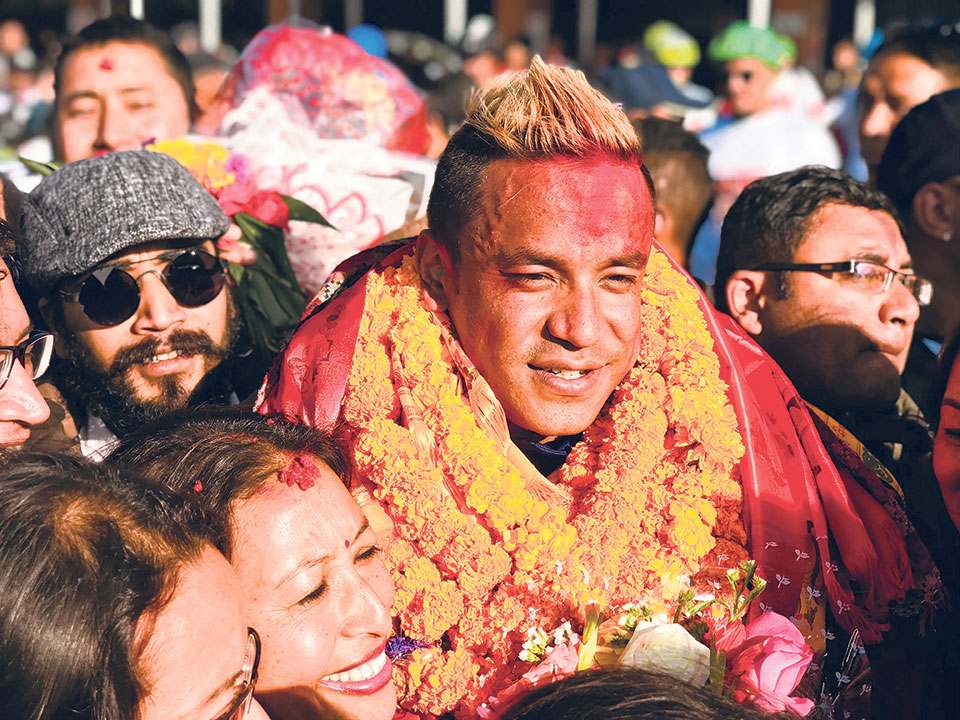 Nepal had so far won only silver in the world championship.

With the win, Maharjan has also become the only Nepali player to win two gold medals in international competition of body building. He had claimed the other medal in the 50th Asian Body Building Championship held in Bhutan in 2016.

A person in the crowd asked: “Is a cricketer coming?” A reporter immediately answered him: “No.” That surprised the person who asked again: “It might be a footballer.” The reporter answered again: “No, it is a body builder.” The person was shocked.

With the historic win, Maharjan is expected to inspire many Nepalis into the sport of body building. But behind the win, he has a history of his own.

He said: “To win the gold medal, I really had to work very hard.”

He said he had the determination to win the medal although there were many who doubted. “We have to face a lot of struggle in this game. Only hard work does not get you medal. We have to eat a lot of expensive food. The diet is expensive because some of it has to be imported from abroad.”

Maharjan, 35, had been preparing for around seven to eight months prior to the tournament. He said that he personally spent about Rs 800,000 in preparation for the tournament. He does not have the figures how much he spent in the past two decades.

“Regardless of the expenses, I am happy that I have been able to win the medal for my country, which has made the sports fraternity and the entire nation proud. It is a big achievement for me,” Maharjan said.

Maharjan won the gold in 75-kg weight category in the tournament held in Thailand from December 11 to 17.