Gold glitters at record high of Rs 64,000 per tola 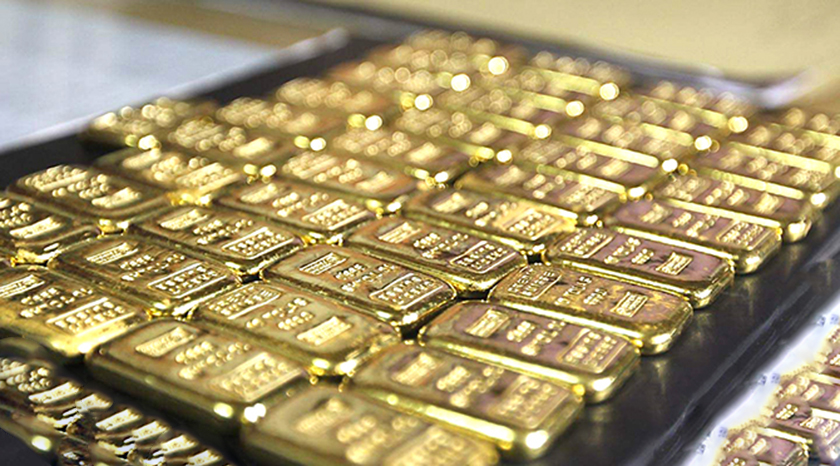 KATHMANDU, June 21: The price of gold has soared to a record high in Nepal in line with the spike in the price of the yellow metal in international markets.

According to the Federation of Nepal Gold and Silver Dealers’ Association, the price of hallmark gold rose by Rs 1,000 per tola (11.664 grams) in a single day to Rs 64,000. Earlier on Wednesday, the bullion was traded at Rs 63,000 per tola.

The sudden surge in the price of yellow metal in the global market has been attributed to a weakening dollar and fall in treasury yields after the Federal Reserve – the US central bank – on Wednesday left the interest rates unchanged.

The last time the gold was around this level was on February 20 when its price climbed up to Rs 63,300.

Financial analysts say that investors’ rush to buy gold, which is considered to be an attractive investment option when interest rates and dollar are on a downward trend, is driving up demands of the precious yellow metal.

Another factor that has sparked the spike in gold prices is the escalating trade war between China and the US as well as the US-Iran tensions, according to investors. Many investors, who are bearish on the outlook for the global economy, tend to make investment in gold which is perceived as a hedge against any downside risk in capital and equity markets.

The federation, which sets the reference price for gold dealers in Nepal, also raised the price on Thursday morning in line with the international price. “The price of gold has climbed to a record high in the domestic market. We have raised the price in line with the international market,” Tej Ratna Shakya, the coordinator of a five-member committee at the federation that fixes the reference rate, told Republica.

According to Shakya, the committee fixes the price of gold for Nepali dealers in line with the international price while also factoring in the exchange rate and profit margin, among other variables. The price, which is disclosed at 10:30 am, remains in place until the next day. Shakya expect the price to accelerate further in the coming days.

While gold is considered to be a hedge for investors worried about the downside risks in financial markets, the surge in the price of gold is going to be a bane for Nepali consumers in the ongoing wedding season.

“This is the wedding season when demands for gold tend to increase. People will feel the pinch of the soaring gold price,” said Shakya.

Karnali corridor blocked due to dry landslides
22 hours ago

Dr Karki resigns from post of NMC member
1 hour ago