21-year-old Ananya Poudel, who is pursing a diploma in fashion design, rarely eats out, buys things she doesn’t absolutely need or does anything that requires her to spend a lot of money unnecessarily. It’s not that she doesn’t have much money. She works as a freelancer at a number of design houses around Kathmandu and has a stable income. But she spends a big chunk of her earnings buying albums of the K-pop artists she likes, which don’t come cheap, and she has to cut down on other expenditures.

“Albums put out by K-pop artists are pretty expensive. I don’t want to ask my parents for money to buy them. So I save up to buy these albums,” says Poudel who names Red Velvet, Twice, Stray Kids, NCT, Ateez, Seventeen, Itzy, CLC, and Got7 as her favorite K-pop groups. But because K-pop albums come with a lot more content than regular musical albums, she feels like they’re worth splurging on.

A typical K-pop album comes with a photo book, a CD case (with the album CD inside it), a few photo cards, a poster, a packet of stickers and a lyrics book. Because they get so much merchandise and extra tidbits by buying a single album, a lot of K-pop fans don’t mind the fact that they have to spend quite a lot of money to buy them. And, like Poudel, they tend to avoid going to places and doing things that would compel them to spend money in order to be able to buy almost every album that comes out.

Rubica Shakya, a recent high school graduate, mentions that she has accepted the fact that she has to miss out on a few things that most people her age would consider “fun” to save up enough money to buy the albums and merchandise of her favorite K-pop artists. She shares this love of K-pop with her twin sister and they save their pocket money and what little cash they get from their elders during major cultural and religious festivals to be able to afford K-pop albums. “Unboxing the albums and collecting is our idea of fun and we don’t regret having to give up on other things to buy them,” she says.

Supporting the idols
The main reason most fans buy K-pop albums and merchandise seems to be to support the artists they like. “As a Nepali fan, most of us don’t really have the chance to go to concerts or attend other events hosted by the artists for their fans. So, the only way we can show our support is by buying the albums they put out,” says Krishtina Shrestha, a MBA student who names iKon, Winner, Blackpink, TVXQ, and JYJ as her favorite groups. She further mentions that since a percentage of the sales of these items goes to the idols, she feels like she is directly contributing to their success when buying albums and official merchandise.

While Shrestha’s reasons are valid, not all K-pop merchandise sold are officially put out by their management companies. Even in Nepal, a lot of online stores and gift shops sell various items with pictures of a K-pop artist on them because of their popularity. This is mostly done on stationery like notebooks and pens, small items like badges and pins, and even backpacks, purses, etc. But Rezica Rai, a grade 10 student at Nepal Mega School, argues that buying and using these things help the idols too, albeit not directly.

Rai, who claims to be a fan of the groups Seventeen, Stray Kids and Txt, reveals that there have been times when her friends have asked her about the groups that are featured on the merchandise she uses (some of which aren’t official merchandise). Their curiosity leads them to watch a few music videos put out by these groups and some go on to become huge fans of these groups that way.

Artists supporting them back
Just like how some fans feel they are supporting K-pop groups when they buy their merchandise and albums, there are fans who feel like they’re the ones getting support from these artists when they buy these things. Some fans claim that they get the motivation to accomplish their goals and do more things in life by seeing these idols achieve so much at such a young age.
“I have hung all the posters I own on my wall and I feel closer to the idols because I see them every day. It also motivates me to keep myself on track because I find myself looking up to them,” says Shakya adding that although she likes many K-pop groups, EXO, Monsta X, Stray Kids, Ateez, VAV, iKon and Got7 are her favorites.

All about aesthetics
Poudel’s main reason behind buying K-pop albums is because she likes the presentation and aesthetics of these albums. Poudel has collected over 40 albums in the past year. She has all the albums of the groups she likes and sometimes she also buys albums of other groups not because she likes their music or is into the group but because the album looks very pretty.
“I’m constantly watching album unboxing videos – even of groups I don’t particularly like – and if I like the design and look of the album, I buy it,” she says adding that going through the photo books in these albums has given her a lot of inspiration to design her own portfolio. She also gets inspiration for designing by looking at the clothing and styling done on the idols for the photo book pictures.

Samyukta Silakar, a BBA student at Prime College, also buys K-pop albums because she likes the aesthetics and designs. She is a supporter of the groups BTS and Day6 and owns four of BTS’s albums. Even though she admits that one of the reasons for her buying BTS’s albums is to support the groups, she definitely thinks the fact that these albums are so beautiful made her want to buy them even more. She proudly displays all of them on her cupboard and is trying to complete her BTS collection by buying all of their other albums when she has the money to do so.

But this isn’t the only way fans buy albums and merchandise of their favorite K-pop group. Sometimes fans form groups amongst themselves and place a bulk order for the albums directly from official stores in South Korea. Sujan Lama, a freelance fashion designer, is a member of EXO-l (fans of the group EXO) union of Nepal and he mentions that members of this union bulk order EXO’s albums themselves. Lama calls himself a fan of EXO and Girls Generation but till date has only bought albums and merchandise of EXO. He owns three of their albums, some figurines and a jersey.

Sometimes, fans also ask other fans to buy albums and merchandise for them when they visit South Korea or attend concerts of K-pop artists. Poudel reveals that she had a friend buy her all the albums from Stray Kids and NCT when she had gone to South Korea a few weeks ago. Another one of her friends, who is an ARMY (fan of the group BTS), attended a BTS concert in Singapore and brought back a suitcase full of BTS merchandise – some of which she gave to Poudel.

Shrestha, on the other hand, had attended a solo concert of Kim Jaejoong in Bangkok about two years ago and she got the chance to buy some exclusive merchandise there. Till date, she has collected a few albums of her favorite groups and a solo photo book of Kim Jaejoong, among other things. And she’s only looking to expand her collection, like every other K-pop fan. 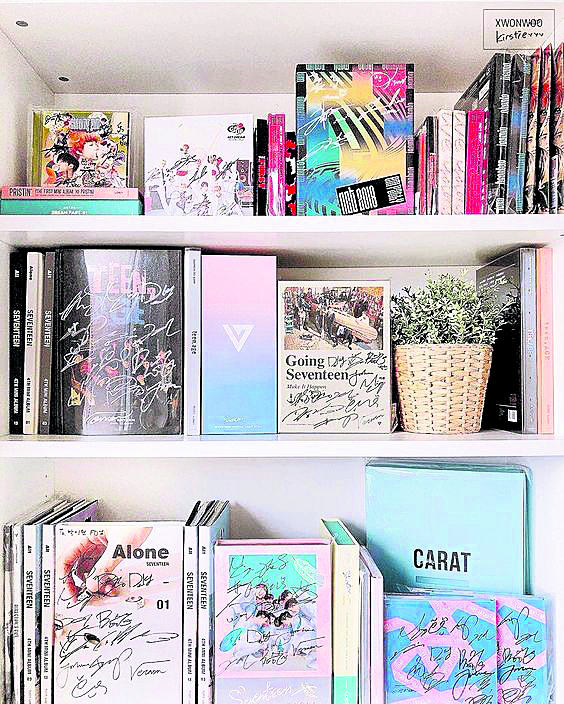 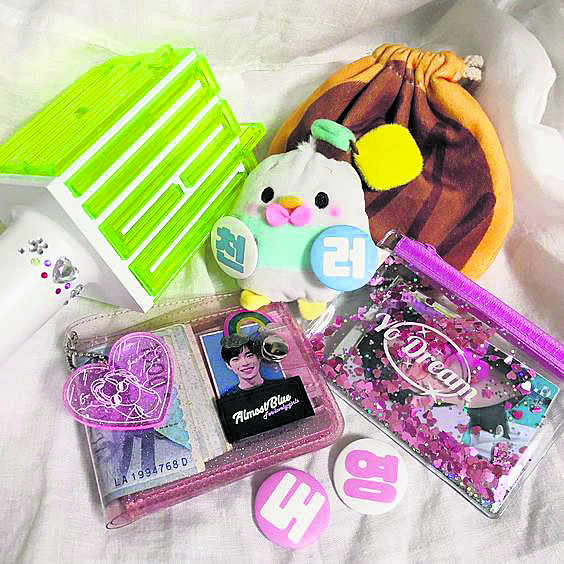 Nepal witnesses sharp decline in COVID-19 cases, only 570 new cases recorded in past 24 hours
16 hours ago
Marriage attendee found with left leg chopped off
19 hours ago

Two killed in tiger attack in Bardiya
15 hours ago

Health desk mandatory at grade12 exam center, not more than 20 students in a room
22 hours ago