Go to your work stations or quit: Pandit 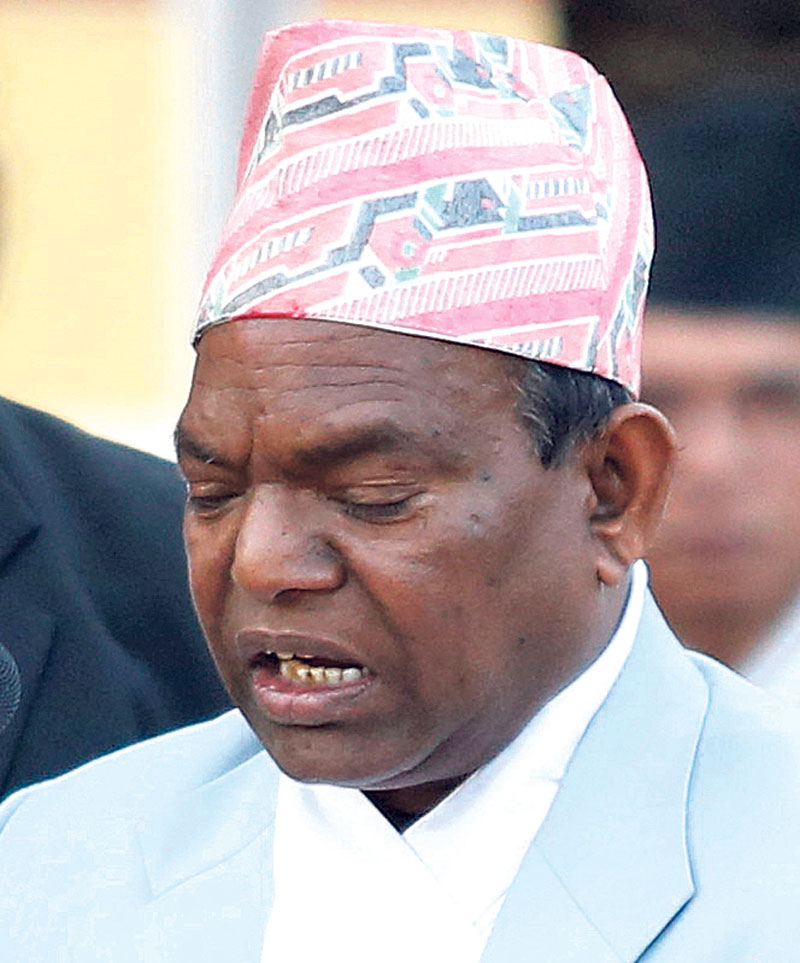 Minister of Federal Affairs and General Administration Lal Babu Pandit said he has already directed all civil servants to report to their new duty stations without making any excuses. “I am planning to issue an ultimatum to those defiant civil servants. If they fail to report to their duty stations within deadline, they will be sacked,” Minister Pandit told Republica.

“Either they have to go to their assigned work stations or quit,” the minister said.

Minister Pandit directed all offices to bar such ‘defiant’ civil servants from signing attendance at their current work stations at the center. Chiefs of offices or departments concerned will be punished if they allowed the civil servants who have already been transferred to attend their current offices.

The minister however said civil servants under special/unavoidable circumstances will be considered.
The government has also decided to revoke the decision of erstwhile government to provide voluntary retirement to those not willing to go to the local level. “Only those who have special problems or are physical unifit will be given voluntary retirement,” the minister further said.

Signs you should quit your job

KATHMANDU, April 3: Leaving a job is never easy as there is always a big risk factor of unemployment that comes... Read More...