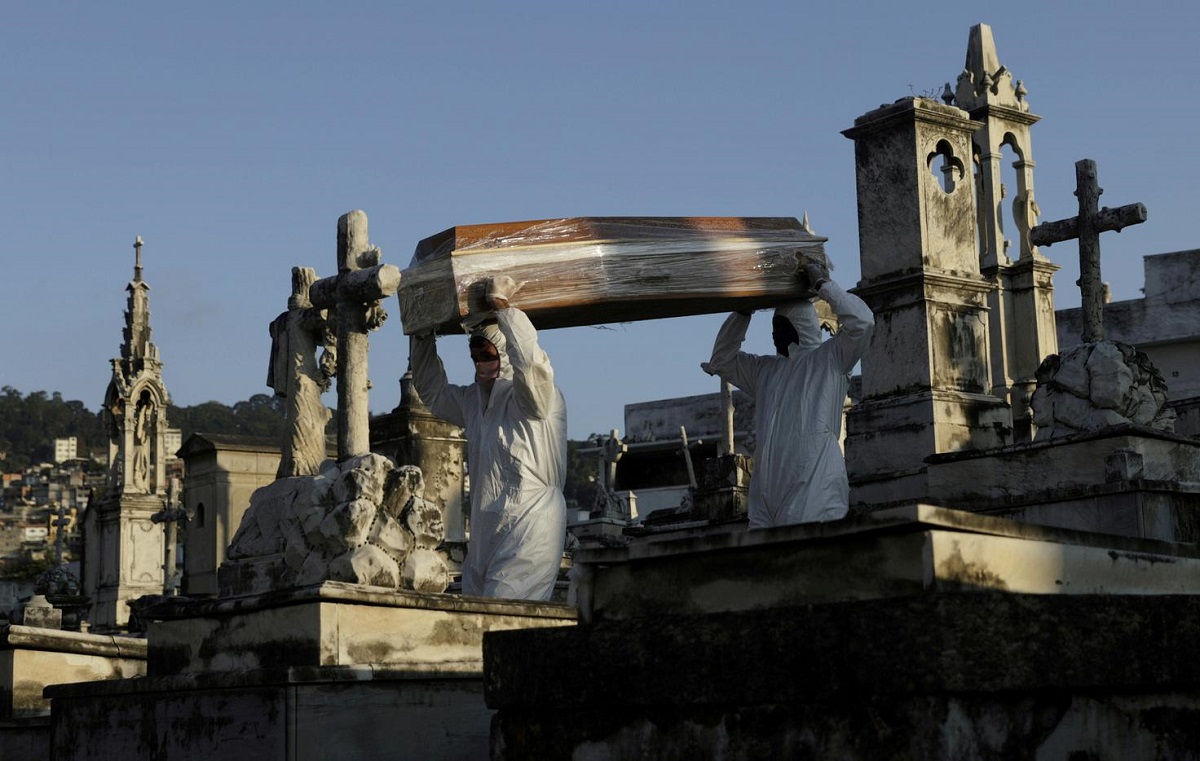 FILE PHOTO: Gravediggers carry the coffin of Antonia Rodrigues during her funeral who passed away from the coronavirus disease (COVID-19), in Rio de Janeiro, Brazil, May 18, 2020. REUTERS/Ricardo Moraes/File Photo

BRAZIL, May 21: Global coronavirus cases surpassed 5 million on Wednesday, with Latin America overtaking the United States and Europe in the past week to report the largest portion of new daily cases globally.

It represents a new phase in the virus’ spread, which initially peaked in China in February, before large-scale outbreaks followed in Europe and the United States.

Latin America accounted for around a third of the 91,000 cases reported earlier this week. Europe and the United States each accounted for just over 20%.

A large number of those new cases came from Brazil, which recently surpassed Germany, France and the United Kingdom to become the third-largest outbreak in the world, behind the United States and Russia.

Cases in Brazil are now rising at a daily pace second only to the United States.

The first 41 cases of coronavirus were confirmed in Wuhan, China, on Jan. 10 and it took the world until April 1 to reach its first million cases. Since then, about 1 million new cases are reported every two weeks, according to a Reuters tally.

At more than 5 million cases, the virus has infected more people in under six months than the annual total of severe flu cases, which the World Health Organization estimates is around 3 million to 5 million globally.

The pandemic has claimed over 326,000 lives, though the true number is thought to be higher as testing is still limited and many countries do not include fatalities outside of hospitals. Over half of the total fatalities have been recorded in Europe.

Despite the continued increase in cases, many countries are opening schools and workplaces following weeks of lockdown that have stemmed the spread.

Financial markets have also been boosted slightly by promising early results from the first U.S. vaccine trial in humans.

Talk at the top level
13 hours ago