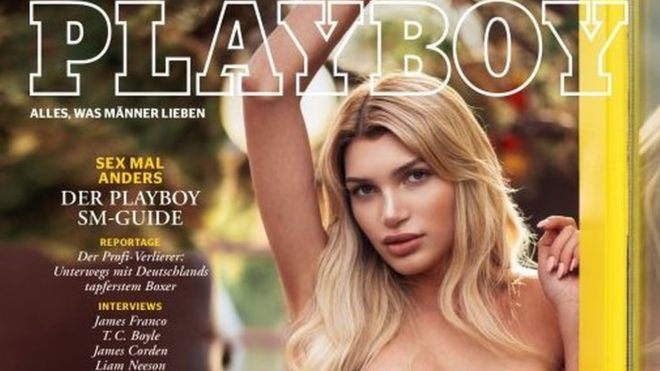 Jan 14: The German edition of Playboy magazine will feature a transgender model on its cover for the first time.

Giuliana Farfalla, 21, will be topless, a tradition for such magazines in Germany. She is well-known after featuring in a reality TV series.

Editor-in-chief Florian Boitin said Farfalla was a "beautiful example of how important the fight for the right to self-determination is".

US Playboy featured a transgender model in its centrefold spot last year.

Farfalla, born Pascal Radermacher in the south-western German city of Breisgau, said that early in her childhood she felt she was in the wrong body. She underwent gender reassignment surgery at the age of 16.

On Instagram, Farfalla said she was "super proud" of the magazine, which will be available on newsstands on Thursday.

Last year, she was a participant in the television series Germany's Next Top Model. Farfalla said she hoped the experience would encourage other transgender and transsexual people.

Having Farfalla on Playboy's cover, Boitin added, was in line with magazine creator Hugh Hefner's tradition of being "resolutely opposed [to] any form of exclusion and intolerance".