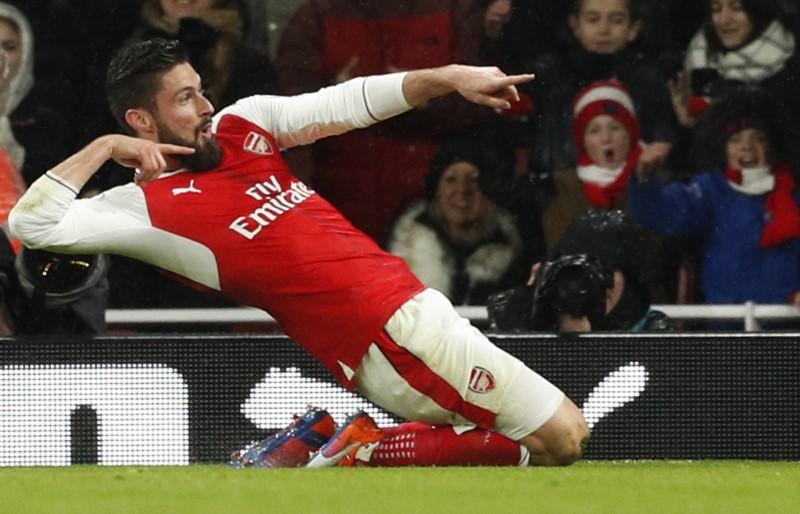 Giroud scored with an improvised volley in the Premier League match on Jan. 1, producing an acrobatic flick with his left heel to convert Alexis Sanchez’s cross into the net off the crossbar while tumbling forward.

Arsenal won the match 2-0 and Giroud, who admitted afterward that he had a bit of luck with his connection, said it was the best goal he had ever scored.

The 31-year-old is the seventh Frenchman to be nominated for the award but the first to make the final shortlist of three, world soccer’s governing body said on its website. (www.fifa.com)

Castellanos is the second Venezuelan woman in successive years to make the final three and was nominated for her strike from the halfway line against Cameroon at the U-17 Women’s World Cup in Jordan last year.

The 18-year-old follows in the footsteps of compatriot Daniuska Rodriguez, whose goal made the final three for last year’s award but lost out to Malaysian Mohd Faiz Subri’s spectacular 35-metre, swerving free-kick.

South Africa’s Masuluke is the first goalkeeper as well as the first player from Africa to make it to the final three for his last-minute bicycle-kick equalizer for Baroka FC against Orlando Pirates last year.

The winner of the award, named after the late Hungary captain Ferenc Puskas, will be decided by the public and announced at FIFA’s annual player of the year ceremony in London on Oct. 23.

Fifa ends association with world player of the year award

ZÜRICH, Sept 17: Fifa has ended its association with the Ballon d'Or award for the world's best player. ... Read More...

PHOTOS: TIA on the first day of resumption of domestic flights after six months
3 hours ago