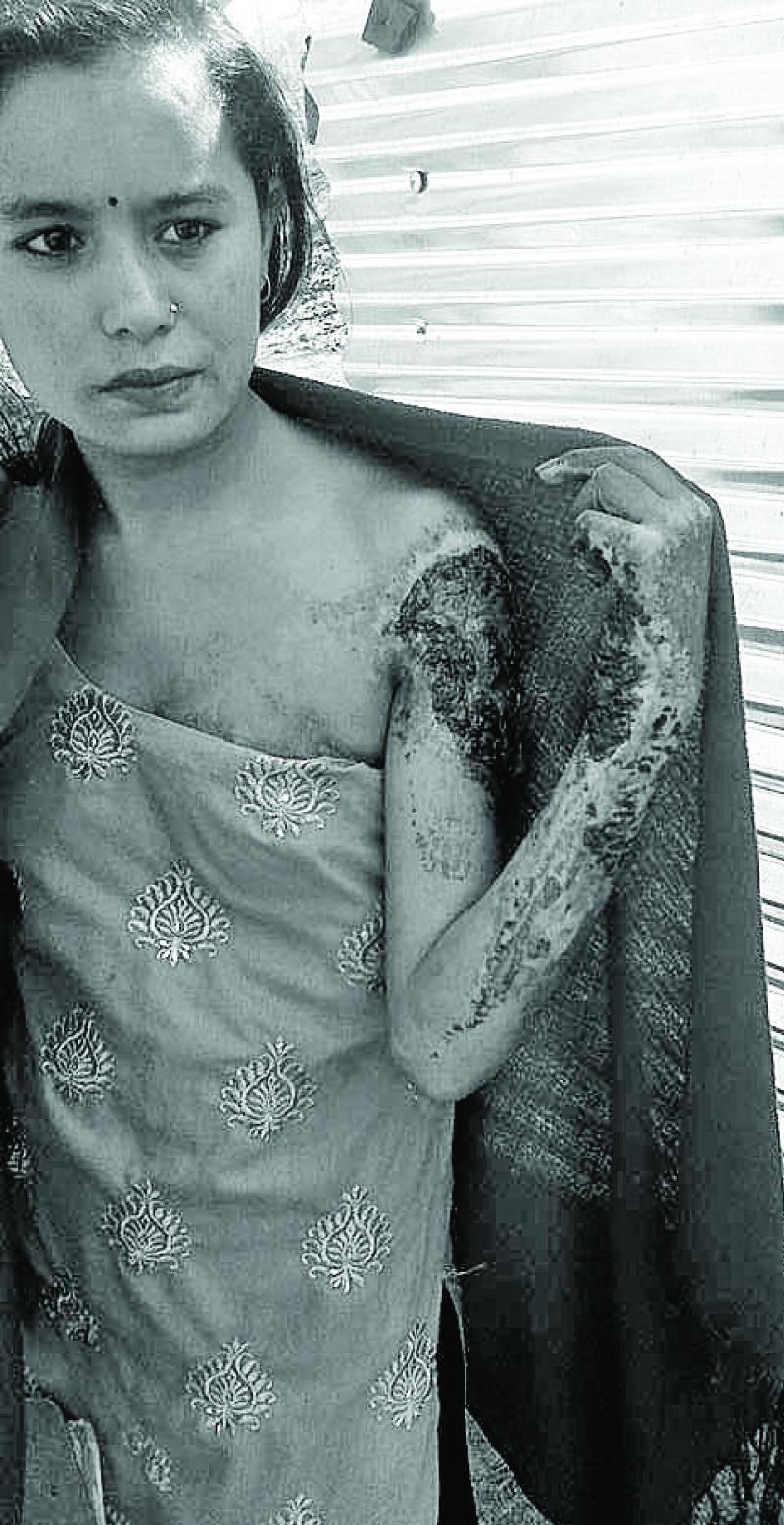 DOTI, April 6:  An adolescent girl of Gajari in Doti district, who sustained burn injuries about two months ago when her Chhaupadi shed caught fire, is still awaiting treatment. She is forced to endure agonizing pain every day in lack of sufficient funds for her treatment.

The sixteen-year-old victim Dambara Kunwar of Gajari in Purbichauki Rural Municipality-6, had lit fire in the shed as it was a full-fledged winter at that time. Unfortunately, her body caught fire and she sustained severe injuries.

“My daughter is in excruciating pain. Seeing her situation, we are also in lots of pain. But we do not have money for her treatment,” said a tearful Nar Bahadur Kunwar, the victim’s father.
According to him, Dambara was taken to Bayalpata Hospital of Achham district at first.

However, the hospital could only perform primary treatment. The hospital told them that she has to be referred to bigger hospital for treatment.

However, her treatment had to be stalled after learning that it is beyond financial capacity of the family.
“After learning that we cannot afford further treatment, we are left with no other choice.
Nobody in our village has helped us,” said Nar Bahadur. “At the moment, we are just applying herbs to her wounds. But it’s not working. Her wounds are worsening day by day.”

Dambara has sustained burn injuries in her left hand, arm and half of her chest.
Her infection is spreading and worsening every day, according to her family.

“With no money to treat her, we are getting worried every passing day,” said the victim’s father, Nar Bahadur, adding that his daughter’s life is in danger if she does not get proper treatment soon.
Dambara is an eighth grader at Shishu Shudar Adarbhut School.

Nirmala Dahal, chief of the District Women and Children Office in Doti, said they have not received any information about the incident and the victim. “If our office receives such information, we could help the victim as humanitarian aid,” she said.

Chhaupadi, a tradition followed by the Hindus of the far-west, prohibits women to participate in normal family activities during menstruation as they are considered “impure”.
Women are forced to live in cow sheds during their periods, due to which such incidents take place time and again.

Though various campaigns have been organized to eradicate Chhaupadi
tradition, it is still prevalent in the remote western parts of the country, including Doti.

ACHHAM, Jan 9:  A twenty-two-year-old girl in Achham was found dead in a Chhaupadi hut as she was forced to... Read More...

DOTI, April 6:  A teenage girl who sustained severe burns to her left arm during her period in Chhaupadi at... Read More...