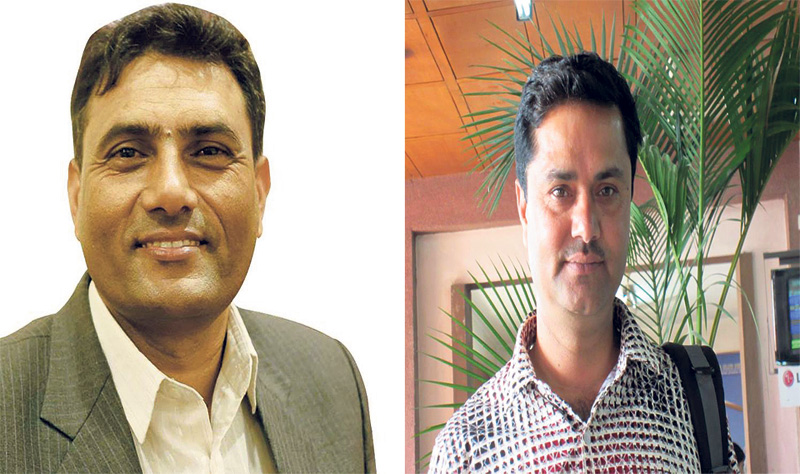 "The name has not been decided yet. Both the candidates have 50/50 chance," a high-level source at the finance ministry told Republica.

The upcoming cabinet meeting is likely to appoint either Ghimire or Chapagain to the post.
Ghimire, who earned a PhD degree from Banaras Hindu University, is an associate professor at Pokhara University. Similarly, Chapagain, who heads the Pokhara regional office of Nepal Rastra Bank holds an MBA degree from Tribhuvan University. While insurance expert Ghimire has been regularly writing on insurance sector, including two course books,  Chapagain has work experience of nearly 18 years at NRB including eight years in the Banking Regulation Department.

The post of chairperson of Beema Samiti -- the insurance sector regulator - is lying vacant since Friday when Chairperson Fatta Bahadur KC's completed his second four-year term.

Unlike the clear process stipulated in the Nepal Rastra Bank (NRB) Act for the appointment of Governor, the Insurance Act, 2049, vaguely says that the government may appoint or designate a person having special knowledge in the insurance business in the post of chairperson.

Outgoing chairperson KC, whose term expired on Friday, was also in the race to seek the third term in the Beema Samiti.

During KC's reign, the Beema Samiti took over the management of Everest Insurance Company over a questionable claim settlement of Himalayan Snacks, an industry of Khetan Group which also has stakes in the non-life insurance company. It also took action against NB Insurance Company over corporate governance issue. KC is also credited with introducing agro and micro insurance policy, corporate governance guidelines for insurance companies, and starting the process to amend the Insurance Act which, among others, proposes massive hike in minimum paid-up capital for insurance companies.

While the Beema Samiti has stopped licensing new insurer until the relatively low paid-up capital requirement is increased, the new chairman will enter into the insurance regulatory authority amid intense pressure to open license for new insurance companies.

KATHMANDU, Jan 4: Chiranjivi Chapagain has been appointed as the chairperson of the Beema Samiti. ... Read More...

KATHMANDU, April 4: Beema Samiti says is going to clear from its pending tray applications for licenses to operate as insurance... Read More...

KATHMANDU, Aug 18: At a time when a provision to cap the tenure of board directors of bank and financial... Read More...