Get them to schools 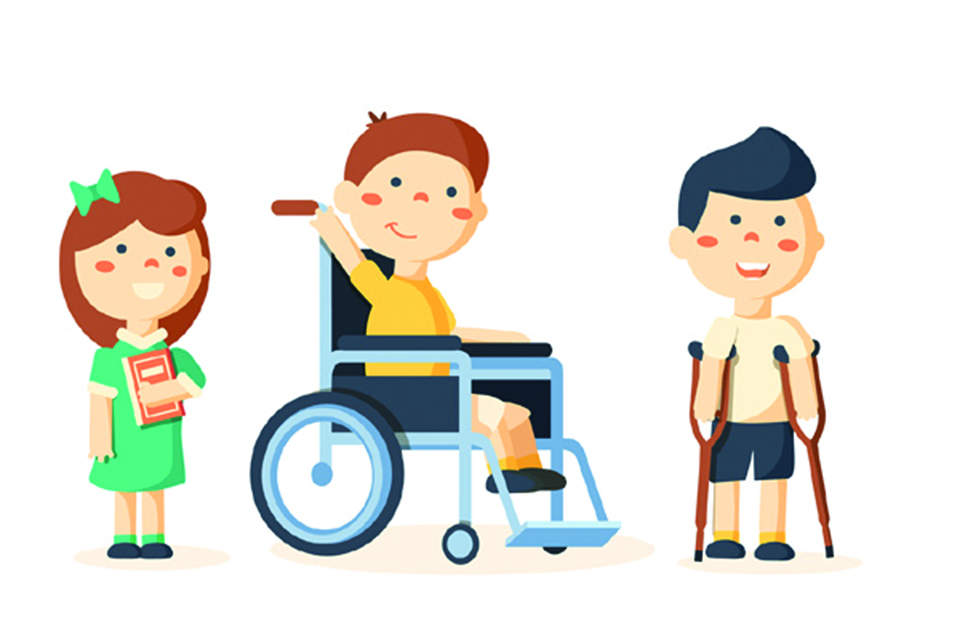 The author is associated with Handicap International Nepal.
sudarshan.neupane@hotmail.com

Though the constitution grants every child access to quality education, a large majority of schools are not accessible for children with disabilities

Children with disabilities directly or indirectly become victim of discrimination at schools or even prior to getting enrolled in schools. This has been an ongoing appalling challenge for several years as little has been achieved for registering children with disabilities and retaining them in the class despite all efforts from the government of Nepal and its development partners.

When children with disabilities attend schools they rarely progress beyond primary level—which is a compelling issue that needs a separate discussion. Considering the high-time for new enrollment in public and private schools, this article delves into some distinctive reasons for exclusion of children with different types of disabilities and how those children can be welcomed in schools.

Although it is now constitutional right for any child to access quality education regardless of their disabilities, a large majority of these schools are not yet fully inclusive and accessible for children with disabilities, specifically not for those with hearing impairment, learning and intellectual disabilities. The government of Nepal has the legal provision to support children with disabilities by offering them scholarships and other incentives based on their disability and severity (those with red or blue disability identity cards will get allowances).  However, there is over-representation of students with a disability mainly in public schools and parents of children with specific type of disabilities are left with little or no choice to educate their children in remote areas.

According to a 2007 study by World Bank, children with disabilities are five times prone to be out of schools than children without disabilities. The study highlights that though there is a close interconnectedness between caste, gender, religion and poverty with disability, disabled children suffer the most severe forms of exclusion. Other studies show that children with intellectual, mental or psychosocial disabilities are least welcome and there is generally a lack of resources and knowledge among teachers on how to deal with such children.

Many private schools ask for considerable amount as application fees and the selection process and they are not fully inclusive for children with disabilities. In several instances, children with severe disability are often denied entrance. There are several other barriers for the students with additional needs. There is an increasing tendency by schools to suggest parents to keep their children in special schools. This is not what inclusive education envisions.

The lack of authentic data on children with disabilities and their educational participation is noticeable both in terms of estimates and the actual number of disabled children attending schools. As per the flash report, 72,795 children with disabilities were enrolled in schools in 2015/16 in Nepal. Statistics reveal a persistent gender gap: Access to education for girls from marginalized and vulnerable groups and girls with disabilities is a pressing concern. Statistics is not fully reliable in this regard. Therefore, if our schools have a mechanism to at least detect functional limitations of those children soon after their enrollment, several thousand children would not have disabling consequences and acquire long-term disability.

Teachers need to understand that students learn as much from their peers with disabilities as they do from text books. Studies have proven that children who grow up in such a diverse learning environment tend to become better persons.

Second, encouraging parents to send their children with disabilities into schools is central. Parents whose child has an intellectual or learning disabilities should work together with schools to develop customized plans and arrangements for the children. This may sound like a difficult proposition but with practice we can get better in this regard.

Third, our constitution has defined education as a basic human right and assigned local governments the responsibility to deliver education services. This commitment is demonstrated in Nepal’s School Sector Development Plan (SSDP) (2016-2023), including the Equity Strategy and the Inclusive Education Strategy, that is designed to ensure that children aren’t denied enrolment in schools based on disability. There is a need to make both public and private schools fulfill their responsibilities toward children with disabilities so that it becomes morally and legally binding.

There is a dire need for more support and better practice to enroll children with disabilities in schools. Current budget allocation on education is highly insufficient. It should be increased.  Local governments need to properly allocate resources for promotion of inclusive education so that disabled children are able to access education.

Further, government should also be willing to support students with disabilities in private schools so that these students receive equal treatment (scholarships, allowances, material support) regardless of types of schools they choose. We must improve our education system to include them in classroom.

The author is with Humanity and Inclusion (HI Nepal). Views are personal