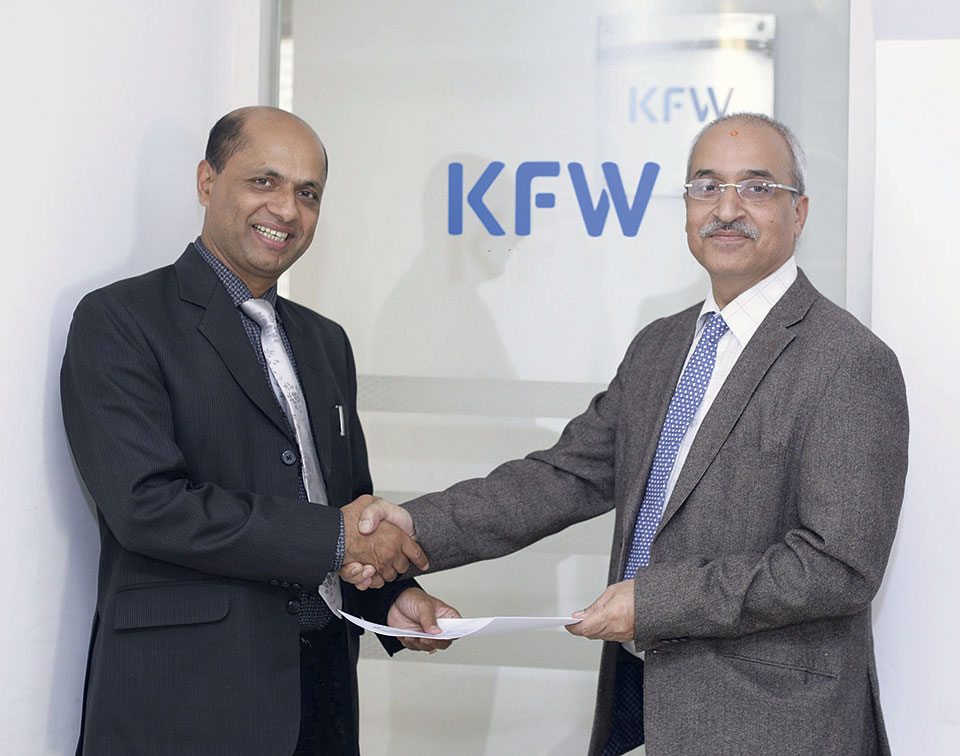 POKHARA, Oct 27: Om Development Bank has partnered with a bank from Germany to provide loans at cheaper interest rates for small- and medium-scale enterprises to uplift the income of rural communities.

The partnership has been made to contribute toward sustainable development of Nepal, Om Bank has said.

Speaking at the signing ceremony in Pokhara, the Om Bank's chief executive officer Bishwomohan Adhikari said: "Our bank is going to co-work with the largest governmental bank in Germany, KfW bank. We have recently signed the agreement for partnership with an objective of investing for the sustainable economic development of Nepal."

Adhikari further said: "KfW bank has already taken permission from Nepal Rastra Bank, and is planning to work with us on enhancing entrepreneurship amongst the rural people."

"Large donor organizations are providing financial support at the level of the government, but KfW bank is the first bank targeting to directly reach the people of rural areas."

According to Adhikari, an interested entrepreneur can borrow loans from Rs 200,000 to Rs 4 million. "KfW charges 7.2 percent interest rates for the bank while the bank will provide the loan adding a margin to it," said Adhikari.

KfW, which has allotted Rs 350 million for such loans, has said that it will reinvest the interest collected from the loan.  Of the Rs 350 million, Rs 120 million has been allotted for employee training and other administrative expenses.

KfW started feasibility of investing in Nepal three years ago. Om Bank was chosen because of its financial strength and more importantly because of its strong presence in the rural areas, Adhikari explained. He also said that KfW was also interested to partner with a commercial bank for similar investments in Nepal.

KfW is expected to begin disbursing the investment amount by the end of this year. "The bank seeks the amount from KfW only after it begins to provide loans to enterprises. This is the first time any foreign bank is providing loans to enterprises in Nepal particularly in the rural communities," added Adhikari.