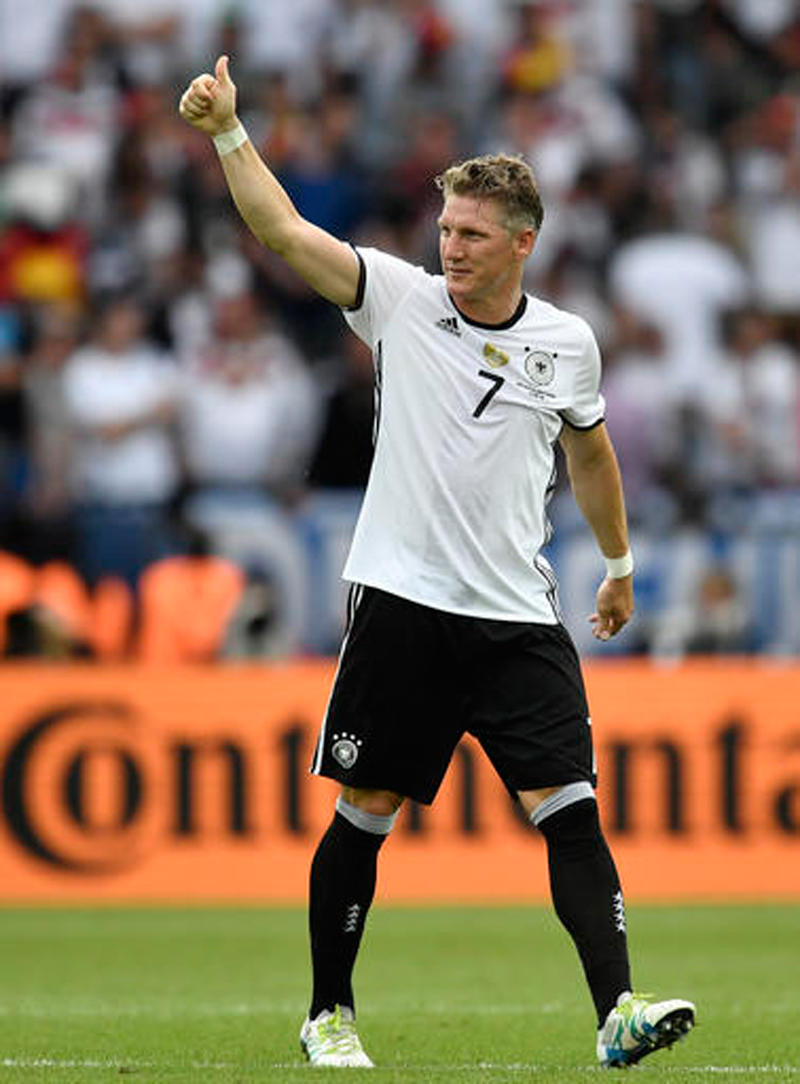 BERLIN, July 29: Germany captain Bastian Schweinsteiger announced Friday that he is retiring from international football after making 120 appearances over 12 years.

"I have just asked the coach not to nominate me anymore for the national team because I would like to step back," the 31-year-old Schweinsteiger said on Twitter.

"We achieved something historic and emotional in winning the World Cup title in 2014, something that can't be repeated in my career. That's why it's right and reasonable to call it a day and to wish the team all the best for qualification for the 2018 World Cup."

Schweinsteiger expressed his disappointment at the team's failure to win this year's European Championship - Germany lost to France in the semifinal - but he remembered "moments that were unbelievably special and successful."

The combative midfielder produced an inspired performance to help Germany beat Argentina in the 2014 World Cup final in Brazil.

His efforts came at a cost, however, with persistent knee problems delaying his return for Bayern Munich before he transferred to Manchester United at the end of the 2014-15 season.

Schweinsteiger's bad luck continued in Manchester, with two serious knee injuries putting his participation in Euro 2016 in doubt before he scored on his first appearance in the tournament against Ukraine. He made four substitute appearances before starting in the semifinal against France, when his hand-ball allowed Antoine Griezmann to score from the penalty spot to set the hosts on their way to a 2-0 win.

Schweinsteiger's appearance in that game was his 20th at a European Championship, a record 38th at a major tournament including his 18 World Cup appearances.

Schweinsteiger made his Germany debut in Kaiserslautern on June 6, 2005 in a 2-0 defeat to Hungary. He scored both of his first goals in a 2-2 friendly draw with Russia on June 8, 2005.

KATHMANDU, Oct 26: Defender Deepak Gurung of Tribhuvan Army club has been named in the 23-member final squad of football by... Read More...