German coach Loew calls for dopers to be named and banned 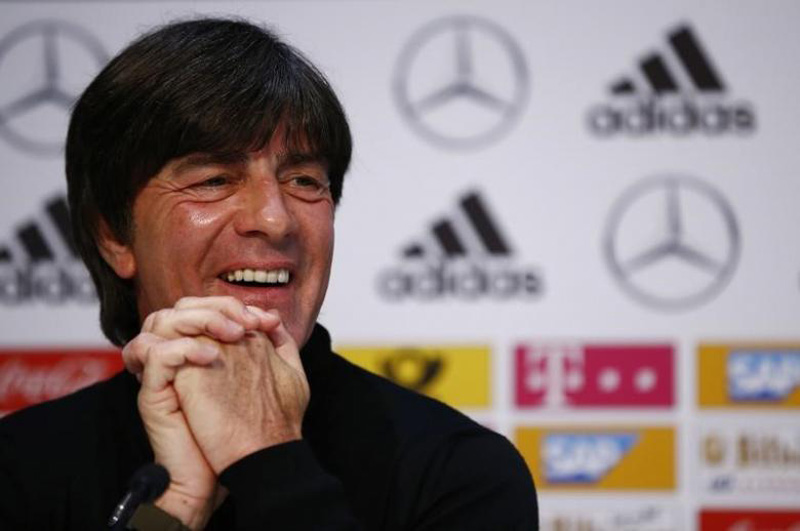 Football players who are guilty of doping should be named and punished, Germany coach Joachim Loew said on Wednesday after FIFA said it was investigating allegations concerning Russian footballers.

"I want those organizations that are permanently testing us at training camps and during the games and before to give us the names. I want to have the names," Loew told reporters in Sochi a day before his team faces Mexico in the semi-final of the Confederations Cup.

"Please, if these allegations can be proven, if the names are really there – they should not be hidden at all. If there is something to it, make it public and if players have doped, well, they have to be suspended."

FIFA said on Sunday that it was investigating allegations that footballers were among the Russian athletes who were involved in or benefited from an elaborate state-sponsored doping scheme.

The global football governing body, however, did not confirm a report in Britain's Mail on Sunday newspaper that the 23 members of Russia's squad at the 2014 World Cup were among those being investigated.

Russia has dismissed the allegations, insisting that doping has never been an issue in football in the country.

A report by Canadian sports lawyer Richard McLaren in December said more than 1,000 Russian athletes competing were involved in or benefited from an institutional conspiracy to conceal positive doping tests.

Russia will host the next year's World Cup and is currently staging the Confederations Cup, viewed as a dress rehearsal for the 2018 tournament.

KATHMANDU, Jan 11: National women's football team coach Kumar Thapa believes that there are lots of positives to be taken from... Read More...

Exclusive: Up to 1 million COVID vaccines expired in Nigeria last month
10 hours ago