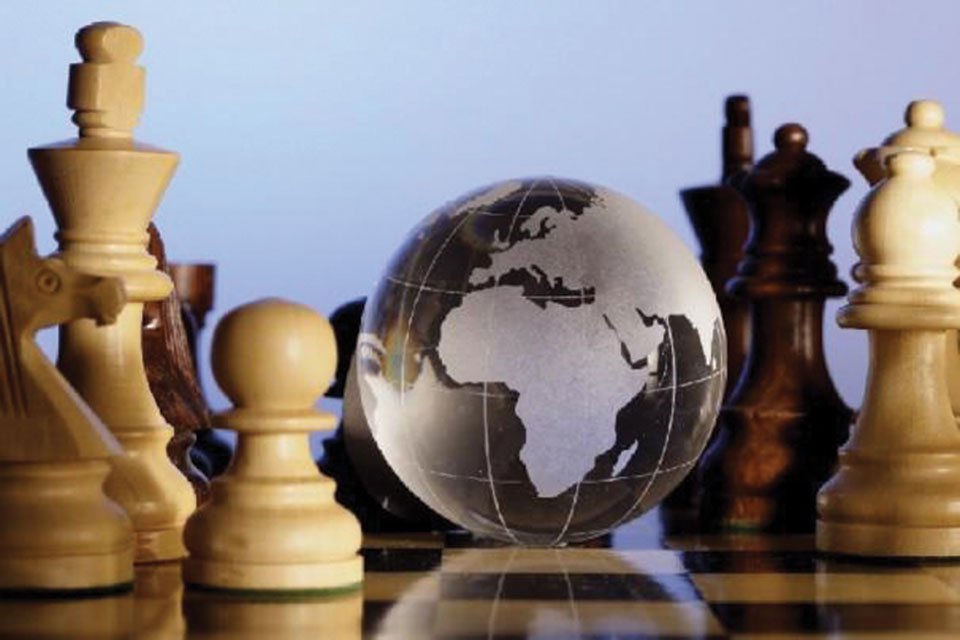 After his visit to India last month, PM Oli has become soft toward India and his priority seems to have changed

Nepal’s quest for stability has largely been marred by geopolitical factor. Unless Nepali leaders behave like statesmen and understand and manage this factor tactfully, Nepal won’t be able to fulfill its stability dream. History is the witness of how leaders like Bahadur Shah and Bhimsen Thapa safeguarded Nepal’s sovereignty from East India Company and China. Under Thapa, Nepal lost large part of our territory due to mishandling of the situation and miscalculation of strength but he still saved the country from falling apart.

Jung Bahadur Rana had understood the gravity of ‘geopolitics’ well. So he decided to lean to British power and please East India Company to regain territory of Banke, Bardiya, Kailali and Kanchanpur that Nepal had lost to British India in Sughauli Treaty of 1816. He also led a contingent of Nepal Army in British support to suppress Sepoy Mutiny.  He did not consider Tibet and China as viable force and therefore took a hardliner approach with them on British backing.

After India’s independence in 1947, wave of democracy swept Nepal as well. The monarchy brokered public sentiments divided into two major rightist and leftist philosophies of socialism. The monarchy applied a policy to ‘use and throw’ both of them and ‘divide and rule’ as and when possible. Geopolitically easy access to India enabled it to play with Nepal’s internal affairs which monarchy welcomed wholeheartedly. India won favor of royalty after it provided king Tribhuvan asylum in Delhi against Rana’s atrocities.

During the cold war period, Nepal, under king Mahendra, exploited it to ensure stability. For this Mahendra used mainly left blocks and few opportunists from Nepali Congress to make his regime successful. Democratic forces were persecuted as ‘anti-national’ elements. Nepal played safely and smartly with India and China at a time when China was consolidating communism and India was trying to strengthen democracy.

Nepali Congress was in exile in India and was fighting ideological war against ruling Panchayat,but left blocks were just brokering power for their personal gain. Except few activities in Jhapa and eastern Nepal, communists were neither seen nor felt in national politics.

Under Congress leadership, communist blocks supported popular agitation in 1989-90 against the Panchayat regime that paved the way for multiparty democracy. Then onwards, Nepali communists have been in power now and again. This time two major communist forces—CPN-UML and Maoist Center—came together to form an electoral alliance and swept all elections last year. With this the political dynamics has changed in Nepal.

China prefers road expansion via Nepal to get into huge Indian consumer market and strategically important Indian Ocean. The last visit of Indian Prime Minister Narendra Modi to China has invited mixed reactions in Nepal. Huge trade volume between India and China and China’s declining trade with US has changed the scenario. China has been seen softer with India and is likely to support India’s neighborhood policy as well.

After his visit to India last month, Oli has become soft toward India and his priority seems to have shifted. So he skipped Boao Conference, which could have been a very important forum to discuss and bring China’s support for Nepal’s infrastructure development.

Likewise, despite huge opposition from the public Indian Prime Minister Narendra Modi was accorded civic reception both in Janakpur and Kathmandu. People did not like Modi being given such welcome because he was the one who had subjected us to suffering by imposing blockade in 2015/16. Oli has been widely criticized in social media for this.

Testing times
Left government has its base with its parental party organizations. After forming the government, their interests have clashed. There are still few revolutionary outfits which are opposed to so-called communist unity. For example, Netra Bikram Chand has openly challenged merger and called it a reactionary move to undermine Nepal’s sovereignty and independence.

On the other hand, Congress is trying to reestablish trust among its party leaders and activists after its humiliating defeat in the elections last year. But Congress leaders are divided even on national issues. The example is negative statement on government decision to abolish transport syndicate. Major concern today is whether Congress will be capable of playing a role of credible and responsible opposition in the parliament to check the left government and prevent it from spoiling the geopolitical balance.