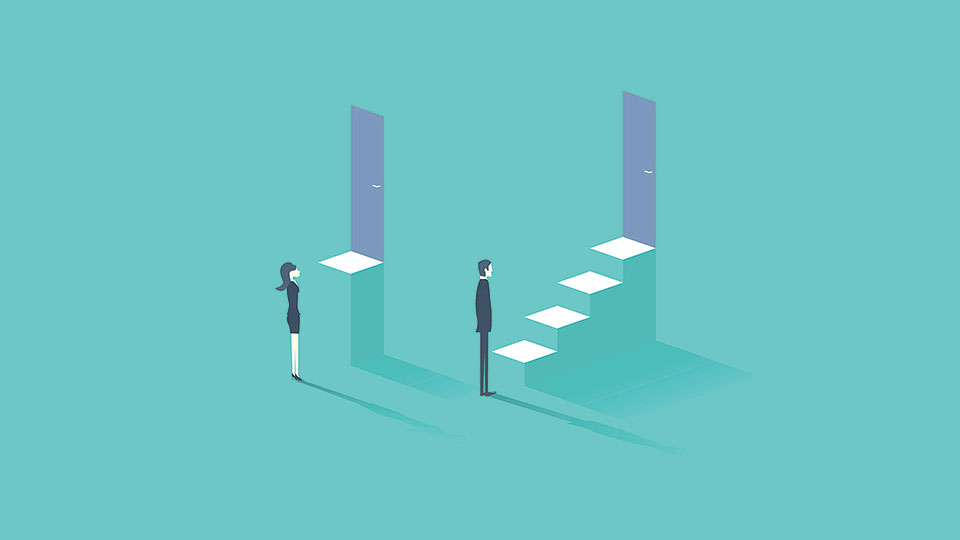 Today is International Women’s Day and as working women all over the country kick back and relax (hopefully), it’s time to re-visit the recurring theme for today. In the case of Nepal, it is the same every year – a commemoration of our journey to this point in time or, in other words, a reminder of just how far we have come in terms of women’s rights and empowerment. For all the jokes made about Niti Shah last year, there are broadly two demographics of women in Nepal – urban and rural. But the handicaps they face (taking geography out of the picture) may be more similar than we think because, when it comes to society’s perception of women, it’s really all in our head.

For the women of rural Nepal, marinated in subjugation by male patriarchy over generations, this day is rather meaningless and they couldn’t care less if it was National or International Women’s day – it’s all the same to them. When the sun rises tomorrow, they are still going to be victims of child marriages, chaupadi, domestic violence, beatings and accusations of witchcraft along with a multitude of indignities that they suffer through on a daily basis. A few words in a newspaper cannot possibly do justice to the hardships they face and discussing their tribulations in the context of International Women’s day risks trivializing these issues.

But what about our average urban women? Surely, a lot has changed for them? I mean, look at all the opportunities and avenues available to them now! Yes, there are more opportunities available to the urban populace but opportunities alone don’t equate to advancement – not when our way of thinking remains in the past. In the case of the urban female demographic, we can claim to have made progress from the dark old days but – as many women will attest – the regressive mentality of those days still exists in our parents, uncles, aunts, in laws and those we hold dear. As uncomfortable as it is to admit, everyone has a few ‘traditional’ specimens in their family.

Yes, we’re talking about educated, urban folks – the kind that travel to Australia and the US on holiday but still stick to the same old ‘customs’ when it comes to their children. Instead of a chaupadi, you might have a separate room for ‘those’ times or be pressured into marrying only when you are in your early 20’s as opposed to being in your early teens – but the sad part is that the mentality still exists. Only now, it’s in the guise of conservatism. It’s evident in society all around us, from an unborn child’s gender preferences to what young girls are taught about gender roles and how they should behave and act. We have simply just carried over our mentality from a rural to an urban setting and this is what I meant when I alluded to urban and rural women facing similar handicaps to their progress.

A perfect example is this phrase – ‘What will other people/society say?’ It is an expression that cuts across urban/rural divides and is typically used by your parents to whip you into line with their notions of proper behavior. Somehow, this phrase only matters when it comes to the actions of women and not men. It’s about time we stopped being nosey anyway, stopped gossiping about someone else’s daughter (which is oh so easy to do) or a close relative and just started minding our own business. Maybe that would put an end to this phrase.

In terms of empowering rural women, it’s clear that our efforts have failed but even in the case of urban women, what progress can we claim to have made when – partly due to the entrenched patriarchy alluded to above – there has been little to no change in the concept of gender roles? A man will wash dishes at home and that will be labeled as ‘helping out’ his wife with the dishes as if this role is something women were born to do. Why can’t the girl be helping out the man with the dishes?

From a social perspective in urban Nepal, empowerment is often limited to working in an office and earning your ‘own money’ to spend. Even if a woman shares the financial burden of the household, it’s always characterized as ‘helping out’ with the household expenses and not contributing to it. In many cases, women contributing to the finances of a household often have little to no say in the decision making.

As a woman, the odds are always subtly stacked against you. Nowhere is this disparity more evident than in the workplace in Nepal. Women all over the country (actually, all over the world) are victims of casual underestimation (or sexism for some) aka ‘women cannot do this job’ syndrome. It’s actually so prevalent that if you haven’t come across it, you probably need to take a gender test or something. I’m only kidding but I have known women who must sport a veneer of aggression and general unfriendliness just to combat this phenomenon.

And given the way girls are conditioned from an early age in Nepal – taught to lower their voice, list of do’s and don’ts – it’s especially hard if you are just entering the workforce and confidence must be built up from scratch specially, as in our male dominated workforce jokes, statements tend to be casually gender-discriminatory. If you are young (read lack of experience) and female, you have to shout from the rooftops just to be taken seriously. If you are the kind that likes to put on a little make up and look presentable you can be sure that you will be relegated to just being a pretty face in the eyes of male colleagues.

Unless our mentality towards women changes, no percentage of rebates on income tax, a greater role in politics and public life, gender based budgeting, special quotas for women’s entry into public sector institutions, women’s commissions or legal provisions in the constitution are going to help. There you go – most of our recent historical progress on women’s empowerment in one short sentence.

And those people who inevitably bring up the appointments of ex CJ Sushila Karki, Speaker Onsari Gharti Magar, President Bidya Devi Bhandari or Minister Bina Magar as milestones in women’s progress need to stop laboring under that illusion. Notwithstanding the fact that all of these appointments were the result of nepotism or political compulsions, none of these people (possibly with the slim exception of Sushila Karki) are advocates for the female cause – not by any stretch of the imagination.

At the end of the day, women’s issues will only see advancement when we first clear the cobwebs from our collective minds and change our outlook towards women, their roles and capabilities. As for the government of the day, they will always have us believe that the current time is when we have finally become or are well on the way to becoming a gender egalitarian society. That, my friends, couldn’t be further from the truth! And it doesn’t need a woman to tell you that.

The writer loves traveling, writing, and good food when he is afforded an escape from the rat race. He can be contacted at gunjan.u@gmail.com.

KATHMANDU, Jan 14: A meeting of women’s rights activists held in Kathmandu on Monday concluded that the position maintained by Deputy... Read More...