Gautam’s appointment as National Assembly member is a mockery of democracy: Sajha Party 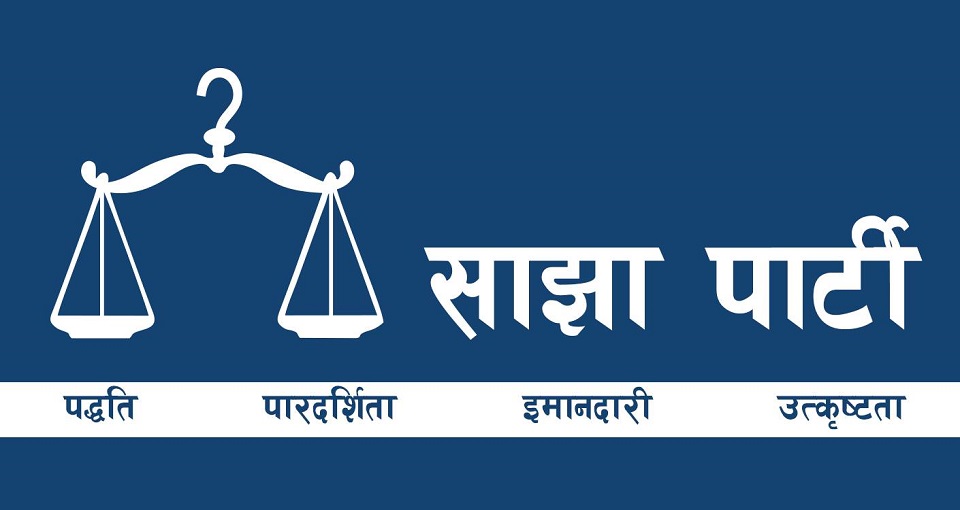 Issuing a press release on Friday, the party said that Gautam’s entry into the Upper House of the federal parliament has truly undermined the people’s verdict.

“Gautam who has been living an elite’s life by practicing Communist politics in the name of the poor people of Nepal, has faced corruption charges, and lost to elections, has made a backdoor entry into the upper house even as only people of repute and expertise deserve to be nominated to the post in line with the constitution. This is, in fact, a dangerous irony of Nepal’s disfigured democracy,” Sajha Party said in the press release.

The ruling party is following a wrong practice by nominating those rejected by the people to parliament, the party observed. Arguing that Gautam’s appointment to the post of Upper House member is a mockery of democracy, the party said that it also seriously undermined the spirit of democratic values enshrined in the constitution.

“Gautam’s appointment has given the message that the government does not care what the people think about its authoritarian, corrupt and illiberal attitude it has shown in recent times through its own behaviors,” read the press release.

The party also raised questions on President Bidya Devi Bhandari’s decision to approve Gautam as a National Assembly member. “Being the patron of the Constitution, the President should have taken care of the integrity of the Upper House before endorsing Gautam’s appointment as an NA member,” the party said.

The Rabindra Mishra-led party also urged Prime Minister Oli not to induct Gautam as a minister in his Cabinet from the backdoor as Article 78 (4) of the Constitution bars people losing elections to the House of Representatives from becoming a minister.

Despite widespread criticism, President Bhandari appointed ruling NCP Vice Chairperson Gautam to the post of National Assembly member on Thursday.  Gautam was administered the oath of office and secrecy on Thursday afternoon.

KATHMANDU, Nov 11: Supreme Court has denied issuing an interim order on the case relating to the nomination of ruling... Read More...

KATHMANDU, Nov 11: The Supreme Court is conducting a hearing on the case relating to the nomination of ruling party... Read More...