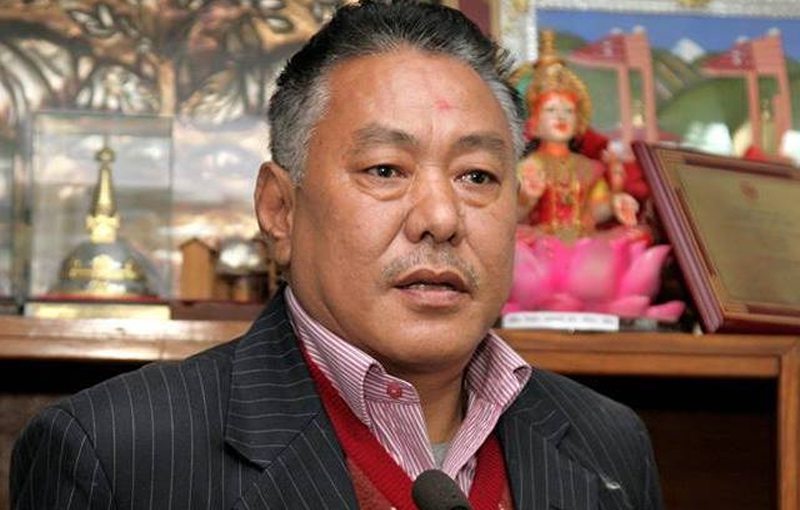 KATHMANDU, Oct 19: A former president of Federation of Contractors Association Nepal (FCAN) on Wednesday claimed that FCAN President Sharad Kumar Gauchan, who was shot dead by an unidentified group last week, had informed Nepal Police a year ago that he was receiving threats from unidentified groups.

Speaking at an interaction on security challenges to business community organized jointly by the FCAN and the Federation of Nepalese Chambers of Commerce and Industry (FNCCI) on Wednesday, former president of FCAN Sukanta Lal Hirachan said late Gauchan had informed the police in written.

Revealing the information after 10 days of Gauchan's murder in broad daylight in New Baneshwar, Hirachan criticized security agencies for failing to provide needful security to the deceased. Hirachan, however, did not divulge details.

Investigative officials of Nepal Police, however, said that they were not aware of such application. “I have no knowledge of the written information provided by Gauchan,” Deputy Inspector General of Nepal Police, Ganesh KC, who is also the Chief Investigator of the Gauchan murder case, told Republica. “We would have provided him personal security officer had we received information about such threats,” he added.

Presenting a paper on 'Extortion, Violence and Security Problems faced by Nepali Contractors and Private Entrepreneurs', Hirachan also questioned the purpose of establishing a 1,000-member Industrial Security Squad of the Armed Police Force (APF).
Gauchan's murder has left construction entrepreneurs in big trauma and many are reportedly facing security threats.

In his paper, Hirachan outlined corruption, extortion in the name of donation, entry of political leaders in this sector, and a combination of politics, crime and construction business as the challenges in Nepali construction industry. “The government should do the needful in addressing malpractices in the construction industry by forming a high-level study,” he added.

Hirachan is also the coordinator of a protest committee formed by FCAN that has been pressing the government to bring Gauchan's murderers to book at the earliest.

Speaking at the program retired AIG of Armed Police Force (APF), Rabi Raj Thapa, criticized the private sector for not putting security issues in priority. “They only raise the issue as response to a particular case, like Gauchan's recent murder,” he said, stressing the need to take needful measures for breaking the nexus of politics, businesses and criminals.

Ganesh Thapa Magar, an official of the APF Command and Staff College, said that the Industrial Security Squad lacks training and proper skill to deal with issues related to industrial security management. Magar, however, was critical of the business of contractors, saying that it was high time they involved in ethical businesses and stopped taking gangsters and criminals as their allies.

ILAM, August 26: Indian police have released a Nepali youth after 19 days in prison on condition that he would appear before... Read More...