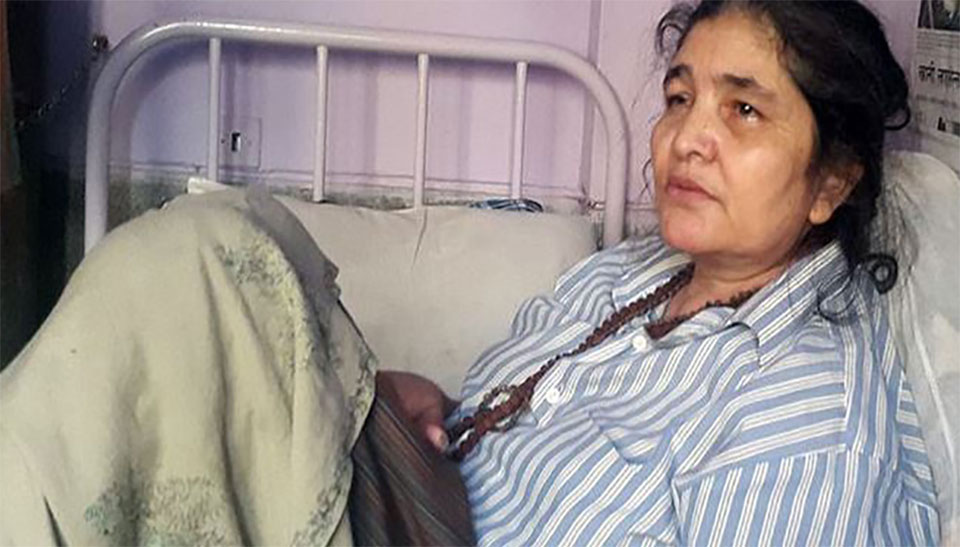 KATHMANDU, Jan 8: Concluding that the Nepal government is reluctant to deliver justice on her son’s murder case, Satyagrahi Ganga Maya Adhikari has decided to knock the doors of the international community for justice.

Ganga Maya is scheduled to meet UN Resident Coordinator Valerie Julliand at UN House Pulchowk at 3 pm on Wednesday. She will be accompanied by lawyers during the meeting.

Now she wants to remind the responsibility of each member of humankind as well as international community to act for justice.

She has already announced her wish to visit the United Kingdom where her son's murder-accused Rudra Prasad Acharya is hiding and also the UN Headquarters from where she could access to various members of international community.

Ganga Maya, who staged fast-unto-death four times between January 2013 and July 2018, has repeatedly told us either she would resume her full-fledged fast-onto-death or she would embark on the road-map to internationalize her fight for justice.

Acting Chief Justice says win-win for both sides through mediation

CHITWAN, May 25: Acting Chief Justice of the Supreme Court Deepak Raj Joshi has said both sides of a disputed... Read More...

KATHMANDU, August 5: Former Chief Justice Sushila Karki has taken to the streets to pile pressure on the government to... Read More...

Harijan awarded for his fight for social justice