POKHARA, Dec 4: Gandaki Province government has expressed its dissatisfaction over the recent inauguration of motorable bridges over the Seti River and Buldi Khola in Tanahu district by a senior leader of the main opposition party Nepali Congress, Ram Chandra Poudel. The provincial government termed the move a forceful act guided by vested political interest.

Issuing a statement on Thursday, Provincial Minister for Economic Affairs and Planning, Kiran Gurung condemned the act saying that the inauguration event was carried out without any coordination with the respective local government authority. “This is not only a flawed process but also a condemnable act in itself,” reads the statement. 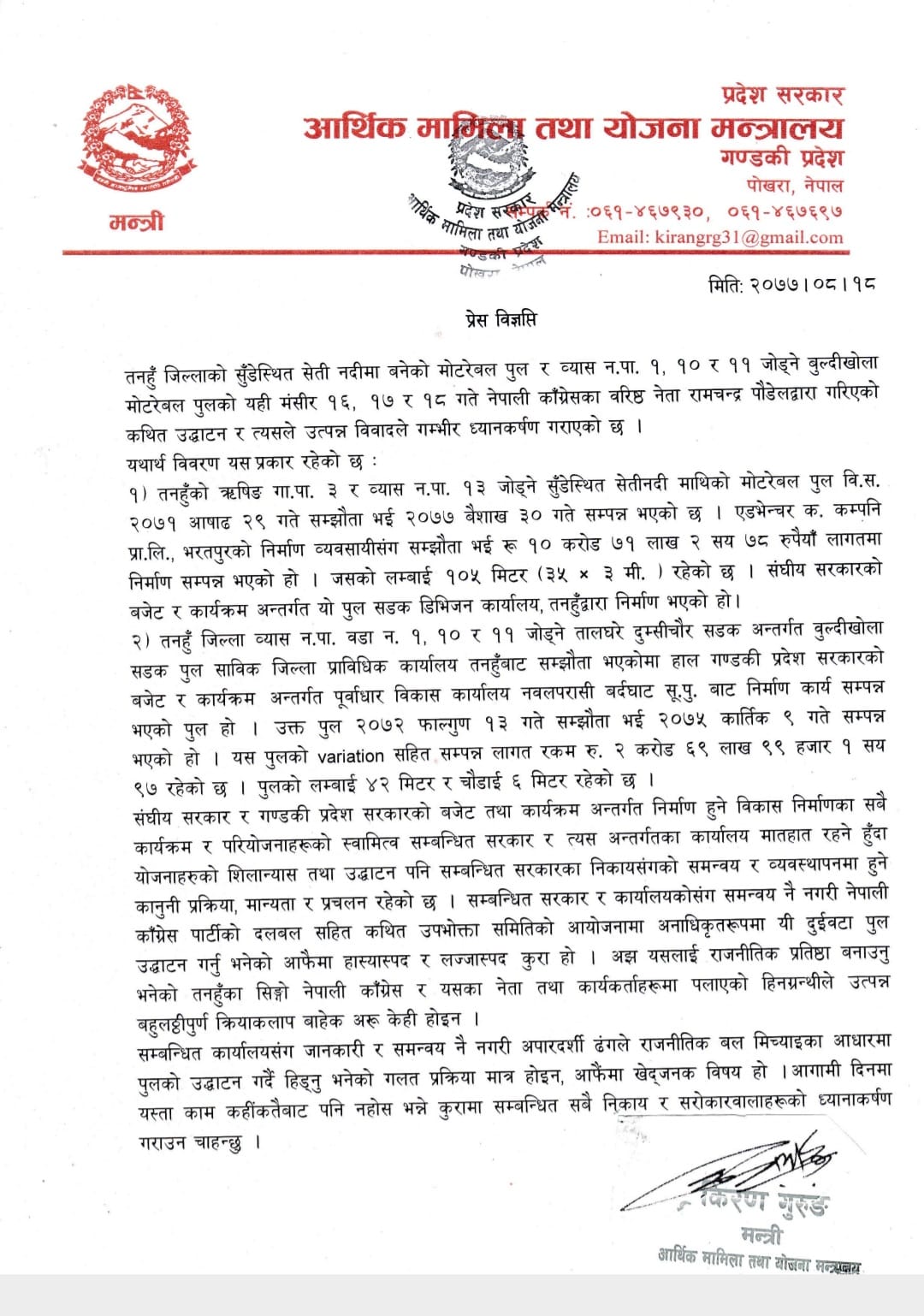 While urging all concerned not to repeat such an act in the days to come, Minister Gurung termed the inauguration by NC senior leader Poudel as an illegitimate act which he said was a ridiculous and shameful act. “This is nothing but the result of the whims among the Nepali Congress, Tanahu and its cadres inspired by the inferiority complex.”

In his statement, Gurung indirectly claimed that the bridges were constructed by the current government, dismissing the claims that they were built during the NC government. .

Earlier on Wednesday, NC leader Paudel was arrested by police from Buldi Khola bridge on the charge of violating prohibitory order issued by the local administration. Paudel had reached there to inaugurate the motorable bridge amidst a special function organized by the party's local level committee. Poudel was released after three hours in police control.

Poudel, however, inaugurated the bridge amidst a function held on Thursday.

Time to debunk notion that community school is for poor: State Minister Gurung

Gandaki province to build IT Park in Pokhara

POKHARA, March 6: Gandaki Province has announced to build an Information and Technology (IT) Park in Pokhara. ... Read More...

Oli, Nembang and Kharel might have a different version of constitution: Senior advocate Thapa
12 minutes ago