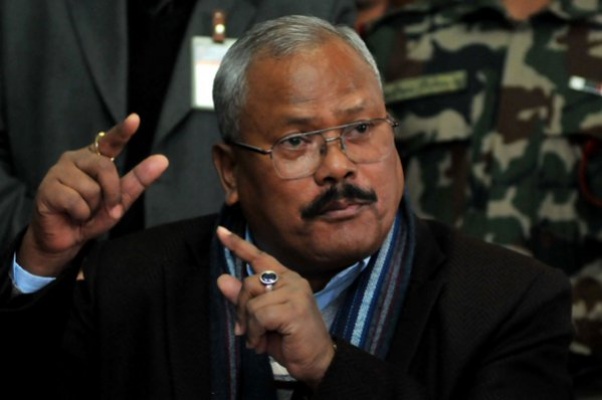 Speaking at a press conference organized in Nepalgunj on Sunday, Gachchhadar argued that no such provision exists in other countries in the world as well. "Naturalized citizens are not allowed to head key state posts in any countries in the world. Even in India, one must be a citizen by descent for heading some key positions," he said.

On the occasion, Gachchhadar argued that the current government had failed to do anything significant in its 100 days. "The government has failed to achieve consensus for amending the constitution. The visit of the Indian president to Nepal alone is no ground for the government to claim success," he further said.
Gachchhadar reached Nepalgunj to inaugurate three-party orientation of party cadres, according to MPRF-D Banke district chairman Phularam Tharu.

KATHMANDU, Nov 24:Most central committee members of the unified Rastriya Prajatantra Party (RPP) have suggested to the party leadership to... Read More...

JHAPA/SUNSARI/SAPTARI/MAH0TTARI, Nov 17: Locals and other stakeholders in various districts of the Tarai have strongly objected to the idea of allowing... Read More...

ICUs in Valley overwhelmed, patients are flying out to other cities
9 hours ago