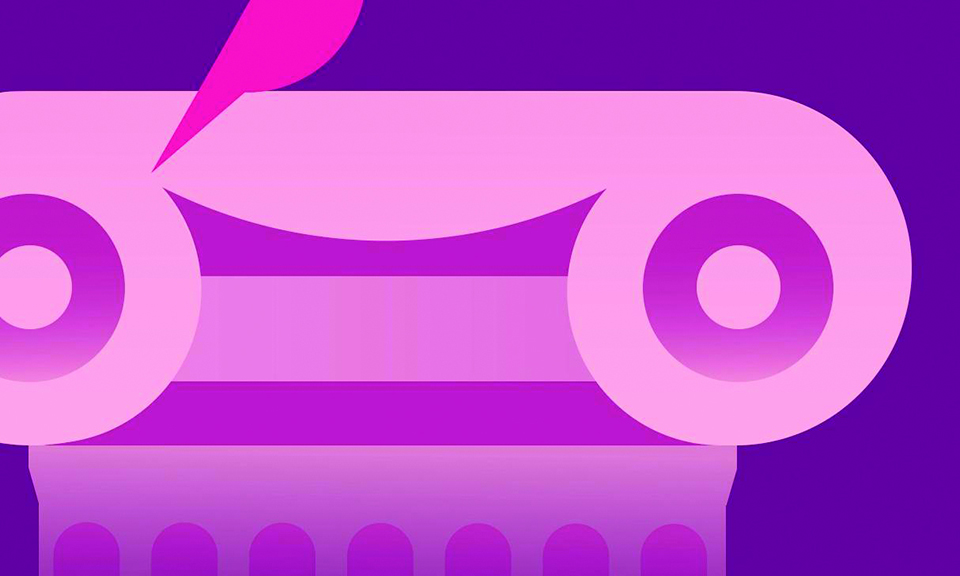 What explains the success of audio-journalism in the era of streaming videos that were once feared to capture our attention and decimate every competitor including print media?

“The ear is more important than the eyes in terms of your thinking, your talking. [According to sound archivist Tony Swartz] the purpose of the advertising is to blind the eyes so we can talk to you through the ear. I think it is profoundly true. I did television for a number of years and I finally decided this. One time I came back from a vacation with a mustache and people went crazy. What I realized was, on television they are looking at your hair, basically. Male or female. Do you need haircut? Do you dye it? They are sitting there and arguing about your hair. They are not listening to what you are saying. On the  radio, they are actually listening. They are not distracted by, you know, is he getting older, is he getting younger, is he like the person he is talking to, etc. “

These are the words of Chrystopher Lydon, the host of ‘the world’s first podcast’ named Radio Open Source. He said this while explaining his idea of audio-journalism in the 2018 Media Rumble panel discussions held by India’s self-proclaimed media watchdog Newslaundry. His words sounded both revelatory and prophetic to me.

Ever since I quit social media two years ago, I had plenty of time to spare. Doing a part-time work to sustain myself, I had been writing prolifically over the years, but a sensation inside me was creeping by then: Was I moving too fast? Was I reading too little and writing too much? The screen time had gone down after leaving social media, but that was not nearly enough to wipe out the physical and mental burden that had accumulated over years of obsessive screen-viewing. The problems of backache and dry eyes were proving intractable.

The only welcome change was the relief from the psychological burden of sensory overload caused by social media. Now that the images of newly-wed friends and their newborns were wiped out of the scene, my brain was much freer to process meaningful inputs and ideas. But with eyes already over-strained which sensory organ was I going to turn to? The ears were the obvious answer. Walking back to home in the evening after work helped my fight against backache. That setting also proved perfect to devour the words through my ears both effortlessly and pleasantly.

The first things I went on binge-listening were the downloaded documentaries in the mobile YouTube application. The daily walk along the seven kilometer stretch in Bharatpur took me through all over the world in space and through past three millennia in time. I began with the Public Broadcasting Service documentary on the rise of Christianity and listened to documentaries related to the rise of Buddhism and Islam, the Roman empire, the dark ages, the crusades, the protestant reformation, the enlightenment, the industrial revolution, the world wars, and so on. A number of documentaries on Indian history (the freedom struggle, the partition, the emergency, etc) and some others on the history of China, Pakistan and Bangladesh brought me closer to home.

The roller-coaster ride with documentaries from Film Southasia and Kathmandu International Mountain Film Festival (KIMFF) was now supplemented by an even more eclectic body of non-fiction audio-visual works. The difference, however, was that I was no longer watching them. Instead I was imagining the scenes while listening to the audio as the feet propelled me towards home every evening. Arguably the imagined scenes playing out in my mind were more vivid than videographic mimics of primitive societies during the times of Buddha, Christ, Martin Luther and so on. Even in scenes where live footage were available (such as in case of world wars) not having to watch them freed me to imagine the aspects of the reality not necessarily discernible in the visual material. In talking-head sections of documentary, only listening was far superior to watching and listening in terms of comprehension function of the brain.

Not long after, I had a rather vivid longitudinal image of human society since Buddha’s time albeit with many blind spots I am yet to explore by further reading and listening to. Thus Lydon had just articulated my experience while arguing that the ears are the primary gateway to our brain when it comes to grasping things meaningful to our learning process. Besides, given our lives now, it is nearly impossible to binge-watch the documentaries even with a healthy body.

Given my discovery of indescribably diverse and brilliant podcasts over the past four months since listening to the Media Rumble discussion—my favorite podcasters now include Oprah Winfrey, Ezra Klein, Rachel Maddow, Jeremy Scahill and Mehdi Hasan apart from Lydon himself—Lydon’s words feel prophetic now. It is now hard to name any major and influential US or UK media house that has no podcasts of its own. UK’s The Guardian alone has podcasts in more than 18 different genres with all of their finest work in long form journalism available in one of them: Audio Long Reads. Some of the most popular podcast episodes are now getting hundreds of millions of downloads. Many of them are being adapted to television shows.

The official YouTube uploads of wildly popular SuperSoul Conversations podcast by Oprah Winfrey feature no visuals. The PBS Frontline documentaries, many of whom I listened during by walks back home, are now available as audio-tracks in podcasts. Veterans of television journalism like Winfrey and Rachel Maddow are now seriously into podcasting. Closer to home in Nepal, Record Nepal’s podcasts on Nepal’s history featuring lectures of historian Ludwig F Stiller are some of the most valuable resources for any student of history.

So what explains this success of the audio-journalism in the era of streaming videos that were once feared to capture our attention and decimate every competitor including the print media?

Chrystopher Lydon may have part of the answer. He explains: [in any audio-visual material] the visual is at war with the audio and the audio is what you remember. You hear more of a person, you hear his accent, you hear his age, hear his emotions, that you don’t even notice when you are seeing it.  Then he goes on to explain that in evolutionary way of things, the ears (that sensed danger lurking inside the bushes and invisible to eyes) were the primary sensory organs when we were in the jungle and that effect lasts to this day.

To test this hypothesis, I recently made a podcast on the lives of three Afghan women based on Nima Sarvestani’s documentary No Burqas Behind Bars, branded it Dabali podcast after our book cafe, and uploaded it to soundcloud.  Then I compared the response rate to it with the same of Dabali videos posted in our YouTube channel. The results for the podcast were more encouraging. It really looks like the future will be listened rather than seen.

(Disclosure note: In an attempt to become an ethical tech user and to protest the abuse of power and intrusion into our privacy by the giant, monopolist tech companies, I have made policy of minimizing the use of products/services by Facebook, Amazon, Apple, Google, and Microsoft (in that order). I am out of Facebook, Instagram and Whatsapp (and Twitter), have shunned Apple and Amazon products/services so far and plan to phase out the use of Google services. I am also phasing out the products made by murky companies potentially linked to authoritarian regimes (like Huawei). I will be winding down the use of gmail over coming months. If nothing happens after mailing to this address, please mail me to my yahoo id: jiwankshetry@yahoo.com.)