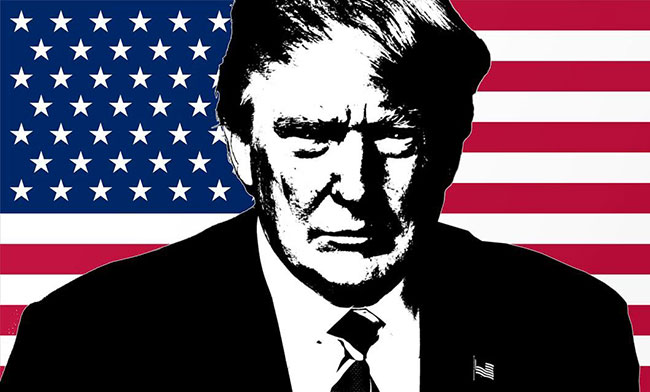 EW YORK: Donald Trump won the US presidency with the backing of working-class and socially conservative white voters on a populist platform of economic nationalism. Trump rejected the Republican Party’s traditional pro-business, pro-trade agenda, and, like Bernie Sanders on the left, appealed to Americans who have been harmed by disruptive technologies and “globalist” policies promoting free trade and migration.

But while Trump ran as a populist, he has governed as a plutocrat, most recently by endorsing the discredited supply-side theory of taxation that most Republicans still cling to. Trump also ran as someone who would “drain the swamp” in Washington, DC, and on Wall Street. Yet he has stacked his administration with billionaires (not just millionaires) and Goldman Sachs alumni, while letting the swamp of business lobbyists rise higher than ever.

Trump and the Republicans’ plan to repeal the 2010 Affordable Care Act (Obamacare) would have left 24 million Americans—mostly poor or middle class, many of whom voted for him—without health care. His deregulatory policies are blatantly biased against workers and unions. And the Republican tax-reform plan that he has endorsed would overwhelmingly favor multinational corporations and the top 1 percent of households, many of which stand to benefit especially from the repeal of the estate tax.

Trump has also abandoned his base in the area of trade, where he has offered rhetoric but not concrete action. Yes, he scrapped the Trans-Pacific Partnership (TPP), but Hillary Clinton would have done the same. He has mused about abandoning the North American Free Trade Act (NAFTA), but that may be just a negotiating tactic. He has threatened to impose a 50 percent tariff on goods from China, Mexico, and other US trade partners, but no such measures have materialized. And proposals for a border adjustment tax have been all but forgotten.

Plutocrat in populist clothes
Trump’s bullying tweets against US firms that move production offshore or undertake tax inversions have been no more than cheap talk, and business leaders know it. Manufacturers who fooled Trump into thinking they would keep production in the US have continued to transfer operations quietly to Mexico, China, and elsewhere. Moreover, international provisions in the pending tax legislation will give US multinationals an even greater incentive to invest, hire, and produce abroad, while using transfer pricing and other schemes to salt away profits in low-tax jurisdictions.
Likewise, despite Trump’s aggressive rhetoric on immigration, his policies have been relatively moderate, perhaps because many of the businesspeople who supported his campaign actually favor a milder approach. The “Muslim ban” doesn’t affect the supply of labor in the US. Although deportations have accelerated under Trump, it’s worth remembering that millions of undocumented immigrants were deported under Barack Obama, too. The border wall that Trump was going to force Mexico to pay for remains an unfunded dream. And even the administration’s plan to favor skilled over unskilled workers will not necessarily reduce the number of legal migrants in the country.

All told, Trump has governed like a plutocrat in populist clothes—that is, a pluto-populist. But why has his base let him get away with pursuing policies that mostly hurt them? According to one view, he is betting that social conservatives and white blue-collar supporters in rural areas will vote on the basis of nationalist and religious sentiment and antipathy toward secular coastal elites, rather than for their own financial interests.

But how long can anyone be expected to support “God and guns” at the expense of “bread and butter”? The pluto-populists who presided over the Roman Empire knew that keeping the populist mob at bay required substance as well as diversion: panem et circenses—“bread and circuses.” Raging tweets are meaningless to people who can scarcely afford a dignified living, let alone tickets to the modern-day Colosseum to watch football.

What a rush
The tax legislation that Republicans have rushed through Congress could prove especially dangerous, given that millions of middle-class and low-income households will not only get little out of it, but will actually pay more when income-tax cuts are phased out over time. Moreover, the Republican plan would repeal the Obamacare individual mandate. According to the nonpartisan Congressional Budget Office, this will cause 13 million people to lose health insurance, and insurance premiums to rise by 10 percent, over the next decade. Not surprisingly, a recent Quinnipiac poll found that a mere 29 percent of Americans support the Republican plan.
Nevertheless, Trump and the Republicans seem willing to risk it. After all, by pushing the middle-class tax hikes to a later date, they have designed their plan to get them through the 2018 midterm elections and the 2020 general election. Between now and the midterms, they can brag about cutting taxes on most households. And they can expect to see the economic-stimulus effects of tax cuts peak in 2019, just before the next presidential election—and long before the bill comes due.

Moreover, the final legislation will likely lower the federal deduction for mortgage interest and eliminate deductibility for state and local taxes. This will hit households in Democratic-leaning states such as New York, New Jersey, and California much harder than households in Republican-leaning states.

Another part of the Republican strategy (known as “starve the beast”) will be to use the higher deficits from tax cuts to argue for cuts in so-called entitlement spending, such as Medicare, Medicaid, food stamps, and Social Security. Again, this is a risky proposition, given that elderly, middle-class, and low-income Americans rely heavily on these programs. Yes, the working and non-working poor who receive welfare payments or food stamps include minorities who tend to vote for Democrats. But millions of the blue-collar, socially conservative whites who voted for Trump also rely on these and similar programs.

Tweeter-in-chief
With the global economy expanding, Trump is probably hoping that tax cuts and deregulation will spur enough growth and create enough jobs that he will have something to brag about. A potential growth rate of 2 percent won’t necessarily do much to help his blue-collar base, but at least it could push the stock market up to its highest point ever. And, of course, Trump will still claim that the US economy can grow at a rate of 4 percent, even though all mainstream economists, including Republicans, agree that the potential growth rate will remain around 2 percent, regardless of his policies.

Whatever happens, Trump will continue to tweet maniacally, promote fake-news stories, and boast about the “biggest and best” economy ever. In doing so, he may even create a circus worthy of a Roman emperor. But if gassy rhetoric alone does not suffice, he may decide to go on the offensive, particularly in the international sphere. That could mean truly withdrawing from NAFTA, taking trade action against China and other trading partners, or doubling down on harsh immigration policies.
And if these measures do not satisfy his base, Trump will still have one last option, long used by Roman emperors and other assorted dictators during times of domestic difficulty. Namely, he can try to “wag the dog,” by fabricating an external threat or embarking on foreign military adventures to distract his supporters from what he and congressional Republicans have been doing.
For example, following the “madman” approach to foreign policy, Trump could start a war with North Korea or Iran. Or he could post further inflammatory tweets about the evils of Islam, thereby driving disturbed and marginalized individuals into the arms of the Islamic State (ISIS) or other extremist groups. That would increase the likelihood of ISIS-inspired attacks—for example, “lone wolves” blowing themselves up or driving trucks through crowded pedestrian areas—within the US. With dozens, if not hundreds, slain, Trump could then wrap himself in the flag and say, “I told you so.” And if things got bad enough, Trump and his generals could declare a state of emergency, suspend civil liberties, and transform America into a true pluto-populist authoritarian state.

Emperor Trump
You know it’s time to worry when the conservative Republican chairman of the Senate Committee on Foreign Relations, Bob Corker, warns openly that Trump could start World War III. And if you’re not convinced, consider the recent history of Russia or Turkey; or the history of the Roman Empire under Caligula or Nero. Pluto-populists have been turning democracies into autocracies with the same playbook for thousands of years. There’s no reason to think they would stop now. The reign of Emperor Trump could be just around the corner.

As long as China and the US are doing fine, the global economy can be expected to sustain annual output... Read More...

Number of victims of the worst mass shootings in the US in recent history ... Read More...

Manager Jose Mourinho said his job was to restore Manchester United's DNA and build the future for the club, which has... Read More...