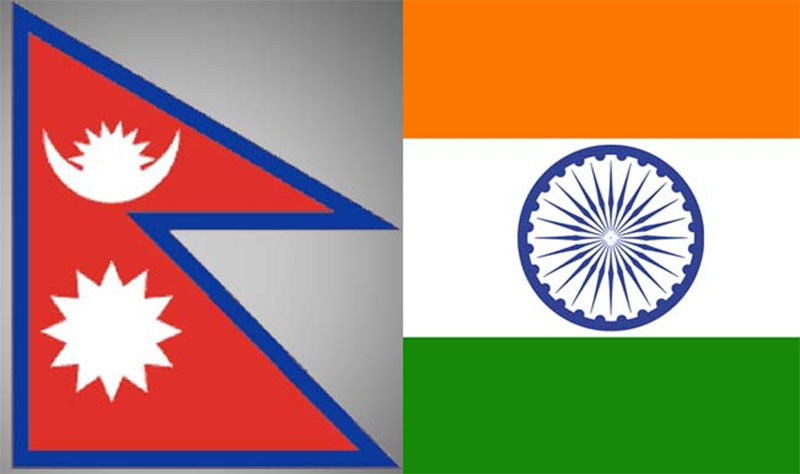 KATHMANDU, Jan 25: The age-old Nepal-India relations should be further deepened and strengthened as per the need of the new developments.

Speakers speaking at a program organized by Reporters Club Nepal here Friday on the eve of the Republic Day of India, expressed this view.

Minister for Physical Infrastructure and Transport Rghuveer Mahaseth said that the Nepal-India relations were moving ahead on the bases of the panchasheel (the five principles of peaceful co-existence).

“India has been providing support to Nepal in the transportation, agriculture, energy, physical infrastructure among other development sectors. The two countries enjoy cordial ties owing to the hearty relations between Prime Minister KP Sharma Oli and his Indian counterpart, Narendra Modi. Both countries have the most cordial relations in history,” he said.

The Minister stated that trans-border development works have been carried out in the border areas between the two countries, adding that recommendations have been made in the report prepared by the Nepal-India Eminent Persons Group (EPG) for further expanding the bilateral relations.

“Nepal’s BP Koirala and other leaders took part in the independence movement of India, and the voice that Nepal should get rid of the Rana oligarchy was raised from India also after the independence,” he said.

Dr Mahat, who is also the former Finance Minister, stressed that India should open its market for Nepali goods and facilitate in their exportation. He said there were some doubts that the governments of both countries were neglecting the report prepared by the EPG.

Former minister Dr Prakash Chandra Lohani said Nepal should take benefit with India rising as the upcoming economic power of the world. “Both countries should move ahead becoming sensitive to each others’ problems. The bilateral relations should be boosted from the cultural, economic, security and political aspects. There is no political problem as such between the two countries. This cordiality should be continued,” Dr Lohani suggested.

Coordinator of the EPG from Nepal side Dr Bhekh Bahadur Thapa drew the attention of the governments of both countries to implement the EPG-prepared report. He opined that the report would be significant in further deepening the bilateral relations and making it more fruitful. Dr Thapa said that the report has been prepared in agreement of the members of the EPG from both sides and it should be implemented.

“The report includes the agreement to review the agreements and treaties reached between Nepal and India in the past. The report is important toward making the ties between the two countries stronger in the days ahead,” he shared.

Rastriya Janata Party Nepal leader Anil Jha said the EPG report could not be accepted as it did not address the problems faced by the people of areas along ten NEPAL-India border and since the EPG did not have any persons as a member representing this region.

“Both countries need to work together against terrorism and crime which is a common problem. The issues of the border region have not come in the report as person who could understand the local problem was not included in the EPG. So, the report needs to be reviewed. It is not acceptable in its present form,” he explained.

Leader Jha stressed that no country should carry out activities that hurt the age-old relations between the two countries.

Ambassador of India to Nepal, Manjeev Singh Puri expressed the commitment that the bilateral ties at the people’s level in existence since the ‘time of the gods’ would be further strengthened. “The bus service which has been started between the main cities of the two countries has connected their peoples. A festival is going to be organized in Nepal next month for furthering the cultural ties. The festival will feature cultural performances from India as well as a Sanskrit conference,” the Indian ambassador said.

When asked why the Indian Prime Minister has not received the report prepared by the EPG, Ambassador Puri said it was an ‘independent’ matter and he could not comment on this as he was not involved in it.

KATHMANDU, July 6: The first meeting of the Eminent Persons' Group (EPG) from Nepal and India concluded in Kathmandu on... Read More...