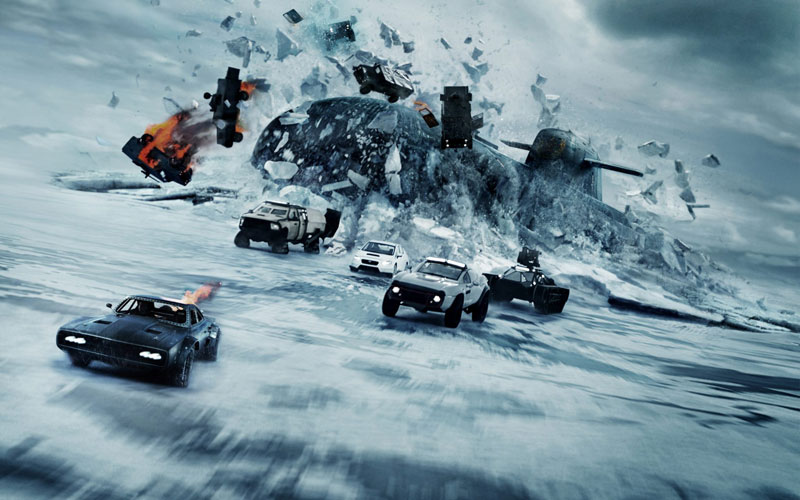 "The Fate of the Furious" continued to dominate the North American box office over the weekend, easily fending off three newcomers at home while also passing the $1 billion mark worldwide, industry data showed Sunday.

The eighth installment in the high-octane series starring Vin Diesel and Dwayne "The Rock" Johnson took in an estimated $19.4 million for the three-day weekend, website Exhibitor Relations reported. The film has grossed $192.7 million domestically in its three weeks out.

"Fate," directed by F. Gary Gray,_has stayed strong after a huge global opening. In the movie, termed a "dazzling action spectacle" by Variety, Diesel's character is coerced by the cyberterrorist played by Charlize Theron to turn against his own team.

The next three films topping the North American box-office list are all new releases.

Pantelion's "How to be a Latin Lover," a comedy starring Salma Hayek, Rob Lowe, Kristen Bell and Mexican actor Eugenio Derbez, took in an estimated $12.0 million for the weekend despite showing on relatively few screens.

"Baahubali: The Conclusion" is a sequel to a 2015 film also starring Prabhas, Rana Daggubati, Anushka Shetty and Tamannaah Bhatia. An epic fantasy of murder, love and royal intrigue, the film was produced by Arka Mediaworks. Only the third Indian film to be released in Imax format, it took in $10.1 million, also on a relatively small number of North American screens.

STX Entertainment's "The Circle," starring Tom Hanks and Emma Watson (who also stars in "Beauty and the Beast," still in wide release), takes on the issues of privacy, paranoia and Silicon Valley ethics in a near-future world. The film, based on a book of the same name by Dave Eggers who co-wrote the screenplay earned $9.3 million for the weekend.

In fifth place, still performing strongly in its fifth week, is DreamWorks animation "The Boss Baby," which took in $9.1 million. The tale of rivalry between infants and puppies features Alec Baldwin as the voice of the tie-wearing baby-in-chief.

The industry is now awaiting the domestic release next weekend of "Guardians of the Galaxy Vol. 2," which took in an estimated $101.2 million internationally this weekend and is expected to outperform the original "Guardians" blockbuster, website BoxOfficeMojo.com reported.

Rounding out the current top 10 were:

78 per cent evading tax levied on rental charges in KMC

KATHMANDU, June 17: The Kathmandu Metropolitan City (KMC) has been receiving tax levied on rental charges from only 22 per... Read More...

UML ahead of NC by 2315 votes in Kathmandu Metropolis

KATHMANDU, May 18: CPN-UML mayoral candidate Bidhyasundar Shakya is taking the lead in the race for the mayor of Kathmandu... Read More...