Fund being raised to fly Brazil Gurung's body to Nepal 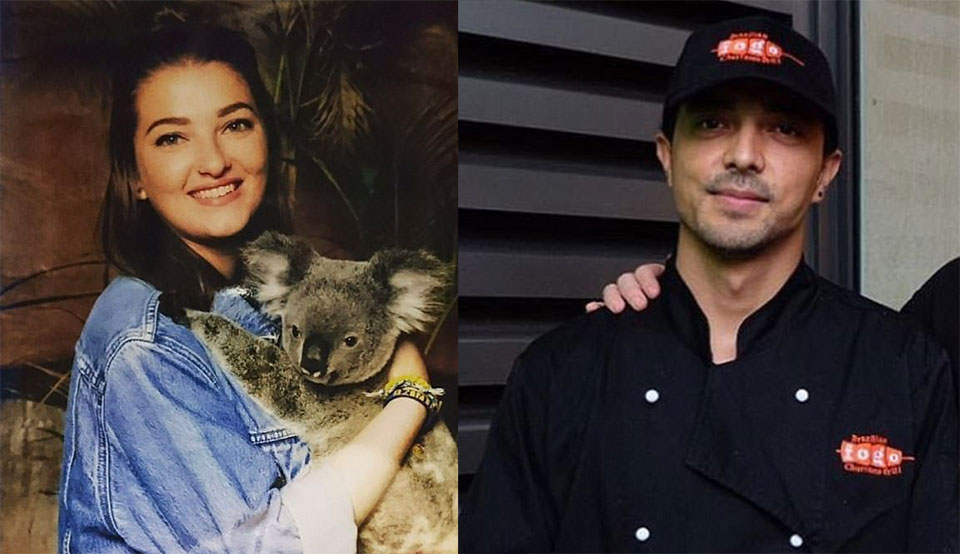 SYDNEY, Jan 27: A Nepalese chef thought to have murdered his British backpacker girlfriend before killing himself could have been driven by cocaine abuse.

Friends of Brazil Gurung, 33, have revealed he was regularly taking the class A drug and became 'passionately angry' when he found out partner Amelia Blake, 22, planned to leave Australia.

Mercedez Briones, 23, was manager of the Sydney restaurant where Brazil and Loughborough backpacker Amelia met while she worked as a waitress.

She said Brazil was drowning in debt and using drugs heavily before the bodies of the couple were discovered in a cramped flat in the trendy suburb of Newtown last Friday.

Another friend revealed Brazil may still have been married at the time he was dating Amelia, who had been in Australia eight months and recently returned to Sydney from a farm in regional Victoria.

Mercedez, who lives in Sydney, said: 'Brazil was at the end of his rope. He was struggling with money issues, supporting his ex-wife, paying for his visa, and had no one for support.

'I know he was doing cocaine. I'm not sure if he did that night but I think it could have driven him to do what he did. He was probably using other stuff on the side.

'Brazil was very lonely, he had no family or anyone there for him, so when she told him she was leaving he couldn't stand it and became passionately angry.

'We were close friends, and the last time we spoke he said his life was a living nightmare, he had his visa and so many things to pay off with his rent, studies and visa.'

Mercedez said Brazil's debt was compounded by his failed marriage, and that he was helping to pay his ex-wife's rent after the pair parted ways.

She said she grew concerned Brazil was becoming obsessive over Amelia, and that she believed he flew into a rage when he heard she planned to leave Australia.

But she said she was struggling to come to terms with the news of what he had done.

Mercedez said: 'I couldn't believe it when I heard. He's not that type of person. He's not a bad guy. It's so weird he would up and do that.

'What he did was wrong, but there might have been reasons behind it. I just wish he had spoken up and done something about it.'

Another friend, Kamal Prasai, 24, said Brazil may have still been married at the time of the suspected murder-suicide - but said he was not aware if Brazil was using drugs.

The 24-year-old, from Sydney, said: 'I don't know whether they were divorced or not, but I used to work with his wife in 2015. I lost touch with her after that.

'The last time I talked with him was in December when he asked me for some financial help which I did.

'I can't imagine his circumstances at that point of time when he did all this. No one imagined Brazil could do something like this.'

A spokesman for New South Wales Police confirmed toxicology reports would form part of the brief for the coroner from the postmortem.

The results of this are not expected to be released until an inquest is opened but New South Wales Police could not yet confirm when this would be.

Meanwhile fundraiser has been launched to fly Brazil's body back to his homeland.

The heartbroken family of Amelia arrived in Sydney last week to take the body of their daughter home to the United Kingdom.

But it can now be revealed a campaign to fly Brazil's body back to his homeland has been created by his friends and Sydney-based Nepalese group 'Tamu Samaj'.

'There is already fundraising to take back Brazil body to his family... but we decided not to post (it) on social media,' one commenter revealed.

Tamu Samaj is a community organisation aimed at preserving the unique culture of Nepal.

Daily Mail Australia last week revealed the pair met while colleagues at Fogo Brazillia Churrasco, a restaurant where Brazil was the head chef and Ms Blake a waitress.

The restaurant is just a few minutes' walk from the grisly scene of the horror killing at a tiny apartment on busy King Street, at the heart of Newtown.

The pair both stopped working at the Brazilian eatery last year, with the young British backpacker taking up a farming job in rural Victoria before returning to Sydney.

'He asked all the staff for money, we knew there was something weird going on with him,' a colleague said.

'She worked here as a waitress for about two months and he was a chef and that's when they met. She was funny, full of confidence, she was just lovely.

'It's just terrible, he seemed like a good guy and you would never expect that to happen, but how well do you really know someone?'

Another ex-colleague who no longer works at the restaurant said he recalled Brazil being 'infatuated' and 'constantly talking about' Ms Blake after she went fruit picking interstate.

Amelia's shattered parents released a statement on their arrival in Sydney last week through the British Foreign Office.

'We are deeply shocked and saddened by the sudden passing of our much loved daughter and sister Amelia, who will be truly missed by all who knew her,' they said.

'We would like to thank everyone for the love and support shown to our family.

'As we try to come to terms with losing our beautiful girl, we would very much appreciate privacy at this extremely difficult time.'

Police believe Brazil killed Amelia before taking his own life. A landlord discovered their bodies in a flat above a Persian restaurant.

Rumors of political change intensify in Nepal after R&AW chief’s visit
57 minutes ago
NC demands govt rescue the students who were attacked in Dehradun, India
18 hours ago
World Bank to provide Nepal over Rs 9 billion for project to boost agro sector, support post-pandemic recovery
23 hours ago