Full of Prospects, Rich in Resources

With a population of about 5 million, Province 1 is quite rich in resources. There is ample basis for the province to achieve development and prosperity through agriculture, clean energy, tourism and industrialization.

Province 1 is one of the rich provinces in terms of tourism, agriculture, and trade and industry. The province also has immense potential for agriculture, water resource utilization and tourism development. However, the province still lags behind in terms of development due to the lack of exemplary leadership and incompetent leaders. The province has every potential to establish itself as a prosperous and self-reliant province of the country if appropriate policies are put in place.

The three districts of the province - Taplejung, Sankhuwasabha and Solukhumbu are in the Himalayan region while Udaipur, Khotang, Okhaldhunga, Bhojpur, Dhankuta, Tehrathum, Panchthar, and Ilam are in the hilly region of the country. Similarly, Jhapa, Morang and Sunsari among other districts are connected with the country’s southern plains. There is one metropolis, two sub-metropolises, 46 municipalities and 88 rural municipalities in Province 1, the only province that remains to be named.

With an area of ​​25,905 square kilometers, the population of the province stands at 49.72 million. According to the 2078 census, the population density is 192. The province has a diverse geography, climate, civilization and culture. These all resources make Province 1 a highly potential region in terms of development.

The province has 783,595 hectares of arable land and 740 large and medium scale industries. As much as 121 MW of electricity is generated in the province alone. As much as 43 percent of the province’s landmass is covered with lush green forests. Province 1 has over a dozen popular tourist destinations.

The province houses the Saptakoshi reservoir area which has the capacity to generate 20,000 MW of hydroelectricity. It also has the world's highest peak, Mount Sagarmatha, along with five other mountains above 8,000 meters - Makalu, Lhotse, Kanchenjunga and Kumbhakarna. The prestigious Sagarmatha National Park, Kanchenjunga Conservation Area and Koshi Tappu Wildlife Sanctuary are also located here.

The fact that Province 1 contributes 41.4 percent of the country’s total exports speaks volumes about its trade potential. Kechnakabal, the lowest elevation point in the country and Mount Everest – the world's highest peak -- both lie in this province. In this regard, there is a lot of potential for tourism in this province which can be financially prosperous if the resources it has are managed and properly utilized. The province carries a lot of potential for the development of all sectors including industrial, tourism, energy, agriculture, pilgrimage tourism, and physical infrastructure.

Province 1 also has the potential to become a major economic hub even at the international level if the highway connecting Jogbani to Kimathanka is completed. The construction of the Miteri Bridge that connects Nepal to Lhasa in Tibet has further strengthened the economic capabilities of the province.

There are 13 airports in the province including the ones in Biratnagar of Morang, Bhadrapur of Jhapa, Suketar of Taplejung, Taksar of Bhojpur, Tumlingtar of Sankhuwasabha, Lamidanda, Khadidanda and Thamkharka of Khotang and Namche of Solukhumbu districts.

Among them, the expansion and development of the Biratnagar Airport as a transit airport to provide immediate international standard services has been seen as a major factor in bringing prosperity to the state. Even the industrialists of the province have been demanding that the airport be upgraded to one of international standards.

Province 1 is very important in terms of religious sites. There are important religious areas in the province including Pathibhara of Taplejung to Halesi of Khotang, Varaha area of ​​Sunsari, Budhasubba and Pindeshwari. There are also other religious sites like Chhintang Devi of Dhankuta, Sunvarshi of Morang, Kankai Dham of Jhapa and Shivasatakshi in the region. Thousands of domestic and international religious tourists visit Pathibhara and Halesi every year.

Mountains like Everest, Makalu, and Kanchenjunga are the major attractions for tourists. Similarly, Bhedetar is an area which draws domestic and Indian tourists. With the huge potential of the growth in the province’s tourism sector, Province 1 has also attracted many investors.

Jhapa, Morang and Sunsari of the country’s Terai-Madhesh are considered as grain storage. If we increase production by modernizing agriculture, these districts have the potential to become self-sufficient in food grains. These areas produce more than 1.2 million metric tons of paddies annually. The province also produces maize, wheat, amriso, ginger, cardamom, tea and potato. Province 1 is ahead in terms of agriculture, tourism, education, industry, water resources, ethnic and cultural diversity, social structure and environment.

With efforts for a modernized agriculture sector, the province can be made self-reliant in food grains including paddy, maize, wheat, pulses and vegetables.

Until two and a half decades ago, agricultural products including paddy, wheat and mustard were exported from this region. However, the attraction towards foreign employment, government’s policy weakness, lack of irrigation facilities and other reasons have decreased the number of people who work in the agriculture sector. As a result, the province has become dependent on food imports.

According to agronomists, the change in government policy, modernization of agriculture, incentives to farmers, irrigation facilities, timely provision of fertilizers and improved varieties of seeds can make the province self-reliant in food production as it once used to be. And it can easily export food and vegetables to other provinces.

Province 1 is also considered the food store of the country because of the province’s nature, climate and geography. However, due to the province’s inability to export its products to third countries and lack of bargaining power in the international market, it is not getting returns as expected from the agricultural sector. There is also a lack of big warehouses and cold storage for agricultural goods. Similarly, there is a lack of auction markets, and plans to attract international traders for further development of the province’s agro sector.

Agriculture and animal husbandry is practiced from 50 meters of elevation to 5,000 meters above sea level in the province. The situation would have been different if scientific and systematic policies were developed. The provincial government has failed to formulate small and medium scale projects of pride of provincial importance by making productive use of land, and effective strategies for the development of the province.

Sherdhan Rai was elected as the first Chief Minister of Province 1 on February 15, 2018 and stayed in power for over three years. He had to leave the post on August 26, 2021 after falling prey to unstable politics. Then CPN-UML leader Bhim Acharya was made the Chief Minister. He later resigned due to political reasons on November 1, 2021.

In the past four years, the provincial government decided to construct a well-equipped assembly hall of the provincial assembly. Similarly, the Ghinaghat-Biratchowk four-lane roadway has also reached the final stage of construction.

Although the first cabinet of the Rai-led government has decided to provide scholarships for technical education to one student each from the deprived, dalit, minority and marginalized communities in all 137 local units of the province, the process of its implementation has not started yet. Similarly, the decision of the Cabinet to preserve endangered art and culture and prepare necessary legal framework for the same has not been implemented, either.

Many policy decisions have not been stopped from implementation due to budget constraints. Manmohan Technical University, which is considered the main hub of Province 1 for producing skilled manpower for technical education, is in need of the government’s support with a sustainable plan. However, all the three levels of governments have not been able to provide any form of assistance.

The province has ample resources including tourism, agriculture, energy and industry and trade. With the availability of resources, it is easy for Province 1 to achieve economic development and prosperity. Experts point at the government's indifference and short-sightedness as the reason for the province’s dependence and slow development. The country has been practicing the federal system for more than four years. However, the commitment and sincerity of the province government is seen lacking in promoting the resources of development and prosperity of the province.

Industrialists point out the lack of an investment-friendly environment and leadership to mobilize resources for the promotion of industry. They also consider good governance as a factor of sustainable and long-term investment-friendly environment. Although Province 1 is known as the province laying the foundation of development in Nepal, the main factor of a prosperous Province 1 is proper leadership to properly invest and mobilize resources.

Province 1 is among the richest provinces in terms of its hydropower potential. According to Shailendra Guragain, chairman of Independent Power Producers' Association of Nepal (IPPAN), the province has the capacity to generate 12,953 MW of hydropower. This is 16.19 percent of the country’s total energy capacity. He also said that the province has the potential to generate more power. However, just 16 MW is generated from Tamor, 10.6 from Arun and 76.7 from other rivers. Although there is a lot of potential in hydropower, nothing has been done for its further development. .

Province 1 is the ‘gateway’ to four countries including India, Bangladesh, China and Bhutan. Due to these gateways, this province is also the origin of foreign trade with a lot of potential to be prosperous. As this is also the industrialized province in Nepal, if the government policy can be made industry-friendly, there is great potential for big industrial plants in the province.

There is also an abundance of cement and iron mines in Province 1. However, no significant progress has been achieved due to the lack of political will. The potential for herbs-based industries is also huge here, but this industry has not been able to flourish. The provincial government has also not prioritized the small and cottage industry. If the policy of sustainable development can be formulated and implemented, it will not take long for Province 1 to be established as a prosperous and exemplary province of the country. 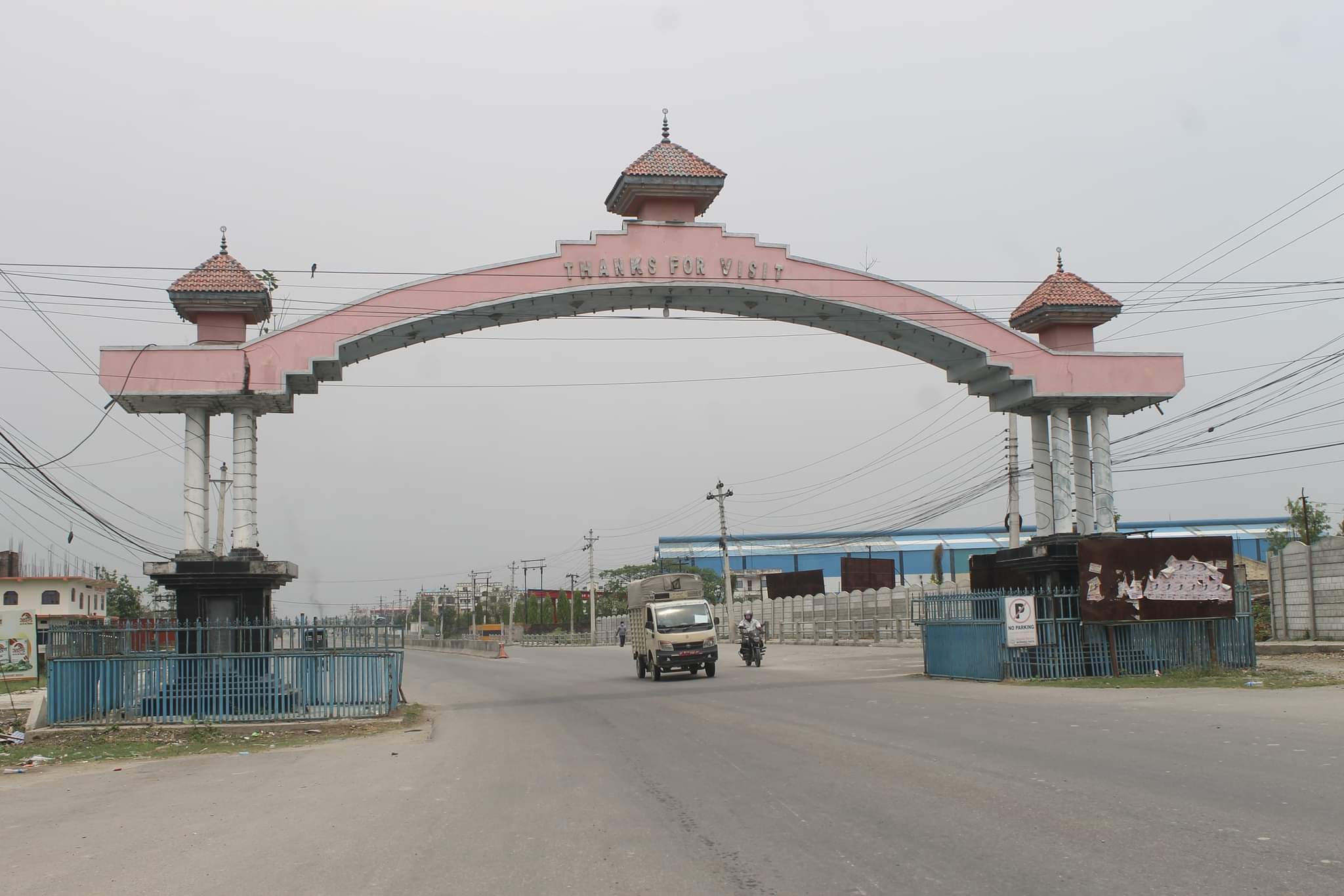 KATHMANDU, Jan 26: The Ministry of Land Management, Agriculture and Cooperative (MoLMAC) of Province 1 in association with the Swiss Agency... Read More...