Fuel price for int’l airlines slashed by $50 per kiloliter 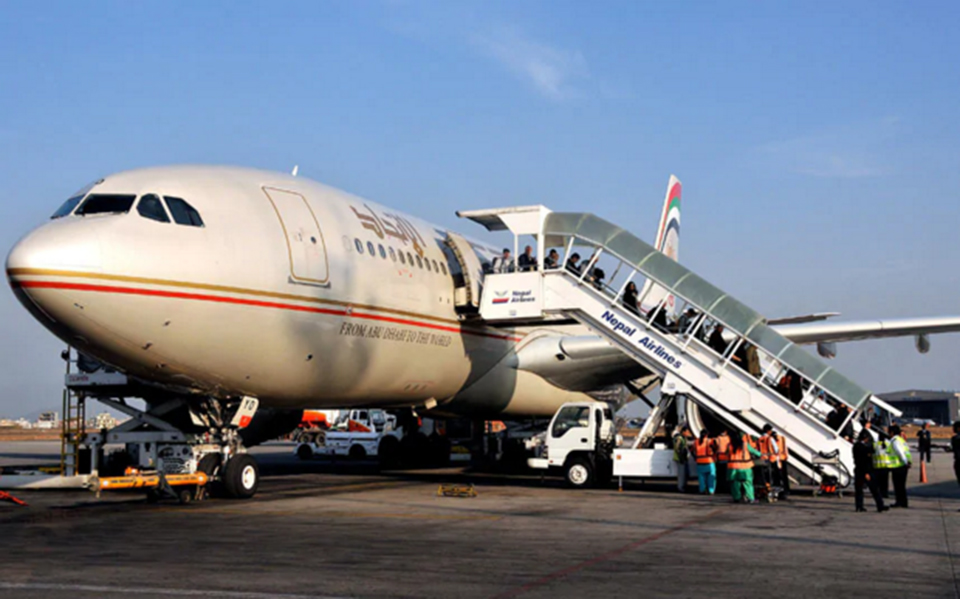 KATHMANDU, Sept 22: The Nepal Oil Corporation has slashed the price of aviation turbine fuel (ATF) by US$50 per kiloliter for international carriers in the wake of growing complaints from tourism and international airlines companies that the jet fuel price was too high in Nepal.

The state-owned oil monopoly decided to revise down the price of LPG on Thursday and brought into effect from Friday midnight.

The  NOC officials say that the price of the ATF for international carriers has been lowered to help in making the Visit Nepal Year 2020 a success.

The Ministry of  Culture, Tourism and Civil Aviation (MoCTCA) was also urging the  Ministry of Industry, Commerce and Supplies to lower the price of the  ATF in line with the demands of the international airlines and tourism entrepreneurs.

Some of the airlines making flights in Nepal have reportedly shown reluctance to add more flights to and from Kathmandu in the lead up to the Visit Nepal Year 2020 due to high fuel cost in  Nepal.

However, international airlines companies say that the reduction in the price is very low.

According to NOC officials, the state-owned fuel monopoly has been using the profit earned from the high ATF price to subsidize the losses that it incurs in other petroleum products in Nepal.

Similarly, the NOC has also lowered the retail price of Liquefied Petroleum Gas (LPG) by Rs 25 per cylinder to Rs 1,325.

The state-owned oil monopoly decided to revise down the price of LPG on  Thursday in line with the price in the international market.

Issuing a  statement, the NOC said that it decided to lower the price of the LPG  widely used by households in Nepal for cooking purpose after it got the revised rate from the Indian Oil Corporation, which is the sole supplier of petroleum products to Nepal.

Meanwhile, the NOC has also said that it was already taken forward the automated price mechanism to revise the price of ATF and LPG also in line with the prices in the international market.

Earlier on September 11, the NOC has reduced the price of diesel, petrol and kerosene by Rs 2 per liter coinciding with the formal launch of the India-Nepal cross border petroleum pipeline (Motihari-Amlekhgunj).

BIRGUNJ, June 17: The work of laying petroleum pipeline underground from Motihari of India to Amlekhgunj of Bara on Nepal side... Read More...

Umbrella Street along Rapti river to get ready for VNY 2020

CHITWAN, Nov 7: In view of the upcoming Visit Nepal Year 2020, the government is all set to complete the... Read More...

Secretariat decision will be implemented at any cost: Dahal
18 hours ago