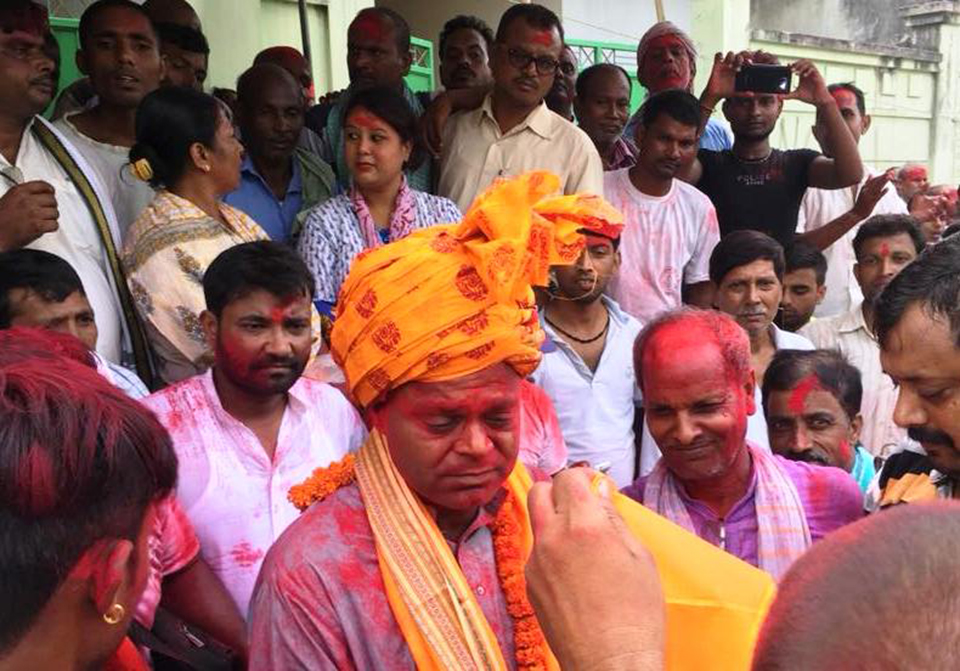 According to the latest updates, Sarawogi has scored 18,884 votes whereas his immediate contender Ajay Duwedi of Nepali Congress (NC) is trailing behind with almost 2000 votes with 16,935 votes. According to the office of Chief Returning Officer, the counting of seven hundred votes of ward number 17 is underway.

With the victory, Sarawogi will be the first mayor of the metropolis.

However, the office has not announced the final result. But cadres and well-wishers of FSFN have started gathering at the counting venue, Thakur Ram Multiple Campus, to congratulate Sarawogi and to celebrate the victory.

Likewise, Shanti Karki of NC is leading with large margin of votes for the post of deputy-mayor. With the latest updates, Karki is leading with 19,338 votes whereas her immediate rival Pinky Yadav of FSFN is trailing behind with 18,500 votes.

BIRATNAGAR, June 18: The top parties have tied-up alliance among themselves in Biratnagar metropolis for upcoming second phase of local... Read More...