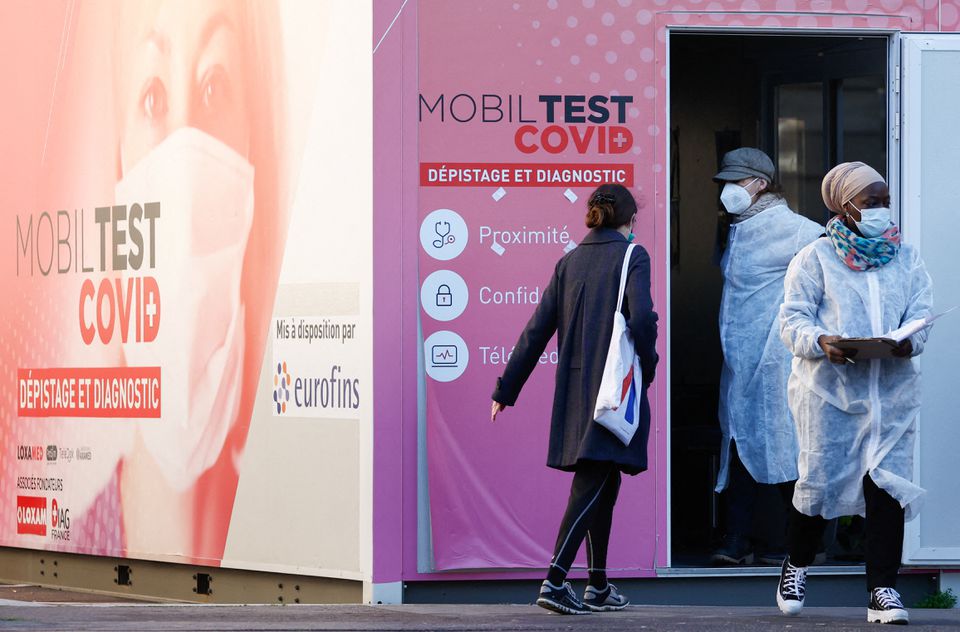 PARIS, Jan 2: France became the sixth country in the world to report more than 10 million COVID-19 infections since the outbreak of the pandemic, according to official data published on Saturday.

French health authorities reported 219,126 new confirmed cases in a 24-hour period, the fourth day in a row that the country has recorded more than 200,000 cases.

France joined the United States, India, Brazil, Britain and Russia in having had more than 10 million cases.

Saturday's figure was the second highest after the 232,200 record on Friday when French President Emmanuel Macron warned the next few weeks would be difficult.

In his New Year's Eve address, Macron did not mention a need for more restrictive health measures than those already announced, adding that the government should refrain from further limiting individual freedoms.

But the government said earlier on Saturday that from Monday wearing masks in public spaces would be mandatory for children as young as six versus 11 before.

And some big cities, including Paris and Lyon, have re-imposed wearing of masks in the street for everyone.

The seven-day moving average of new cases in France, which smoothes out daily reporting irregularities, rose to an all-time high of 157,651 - jumping almost five-fold in a month.

The number of people hospitalised for COVID-19 has increased by 96 over 24 hours, standing at a more than seven-month peak of 18,811. But that figure is still almost half the record 33,497 reached in November 2020.