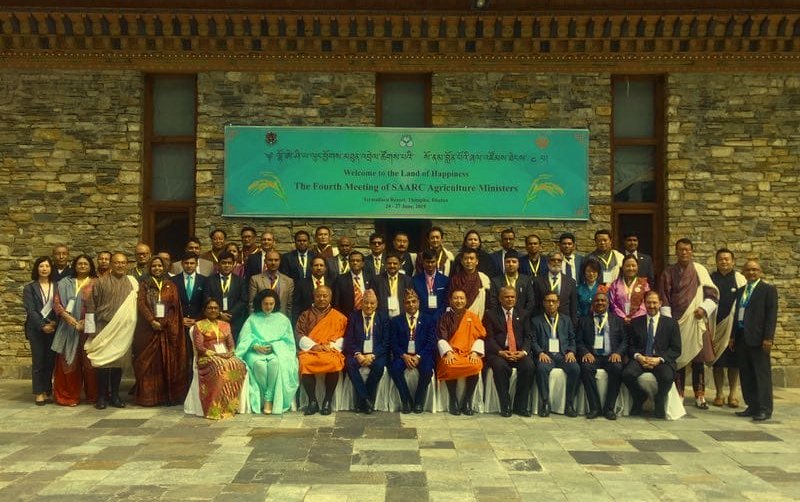 KATHMANDU, July 3: The fourth meeting of the SAARC agriculture ministers was held in Bhutan recently.

The meeting reaffirmed its commitments to further strengthen regional cooperation by promoting cooperation in agriculture and rural Development for enhancing food, nutrition and livelihood security of the region, according to a press release issued by the secretariat of the South Asian Association for Regional Cooperation.

The inaugural session of the meeting was attended by Minister for Foreign Affairs of Bhutan Tandi Dorji as the chief guest on June 27.

While addressing the meeting, the Bhutanese foreign minister stated that in the rapidly changing regional and global state of affairs, SAARC would need to align itself to the emerging priorities and assured the unwavering support and commitment of the Royal Government of Bhutan to the SAARC processes.

A 19-point Thimphu statement on the agriculture and rural development was unanimously adopted by the meeting with regional pledges and strategies, to deal with the emerging challenges being faced by the region in agriculture and allied sectors and to advance the agricultural sector of the Region.

During the meeting, the ministers agreed to promote multi-sectoral approaches to attain a higher level of food safety and nutrition security; promote climate resilient agricultural strategies and technologies; expand agro-processing and building competitive agricultural value chains, according to the press release.

KATHMANDU, June 23: Minister for Inter-Provincial Coordination of Pakistan Fehmida Mirza has said that the regional politics should not affect the... Read More...