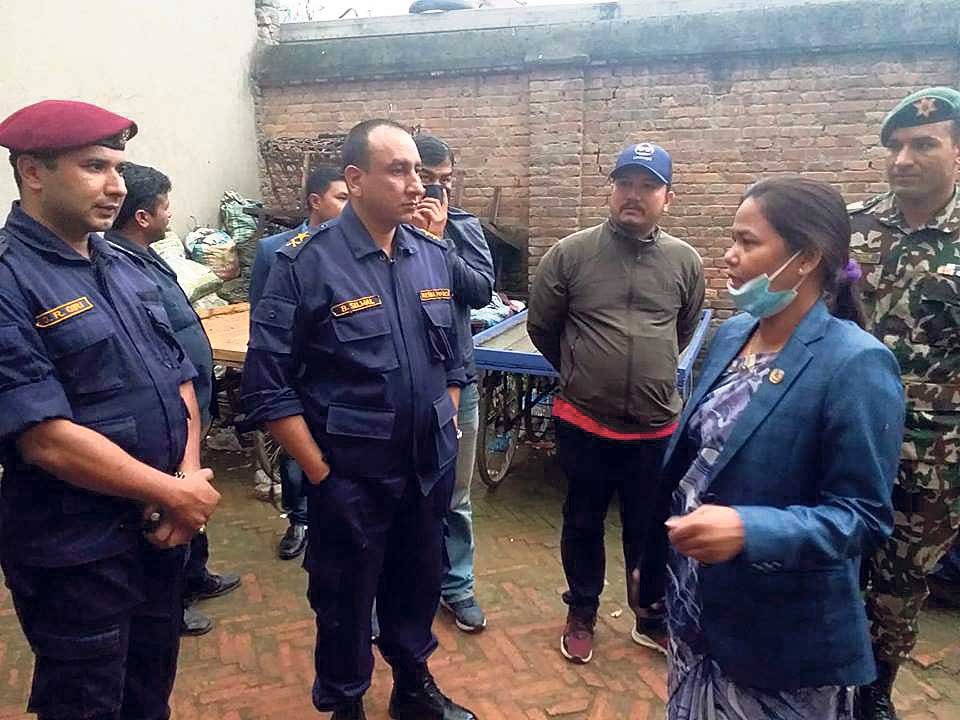 KATHMANDU, Sept 22: The Ministry of Agriculture and Livestock Development on Friday prohibited four slaughterhouses in Lalitpur district to supply meat to the market for failing to meet minimum standards set by the Animal Slaughterhouse and Meat Inspection Act.

A team led by State Minister for Agriculture and Livestock Development Ram Kumari Chaudhary had reached Lagankhel, Lalitpur, at 5:30 AM Friday and inspected local slaughterhouses. Out of the five slaughterhouses the team inspected, four were found to be operating below the basic standards. The faulty slaughterhouses have been told to meet at least 70 percent of the criteria set by the Act for their ban to be lifted, according to Bimal Kumar Nirmal, director general of Department of Livestock Services.

"We have prohibited those slaughterhouses to operate till they meet the criteria," he told Republica. "We have handed over the task of follow up to Lalitpur Metropolitan City."

Over 30 buffalos were being slaughtered in these slaughterhouses every day, in total.

According to Nirmal, meat shops have been improved in recent times but not the slaughterhouses.

The prohibited slaughterhouses, all dealing buffalo meat, are run by Mukesh Khadgi, Saroj Shahi, Dev Khadgi, and Sunil Khadgi. Two of them have not even registered with the department. They have been called at the department to give justification for operating without registration.

"The slaughterhouses were totally lacking in hygienic, they were not using carcass hanging and lifting system but were cutting meat on floor, the garbage and sewage management was poor, and walls and floors were not covered by tiles," Nirmal told Republica.

"Despite our providing training and orientation, the slaughterhouses have not improved," Nirmal said. He said inspections will be carried out at other areas as well.

Meanwhile, Saroj Khadgi, owner of A-One Meat Shop, demanded that the government provided them an appropriate place to run slaughterhouses rather than only sending monitoring teams.

"If the government gives us a separate area to operate our slaughterhouses, we will definitely improve it," Khadgi said. "We are forced to manage these houses in small areas."

Lalitpur metropolis and police sign MoU for peace and security

KATHMANDU, May 28: Two petrol stations were sealed following a monitoring carried out this morning under the command of Minister... Read More...