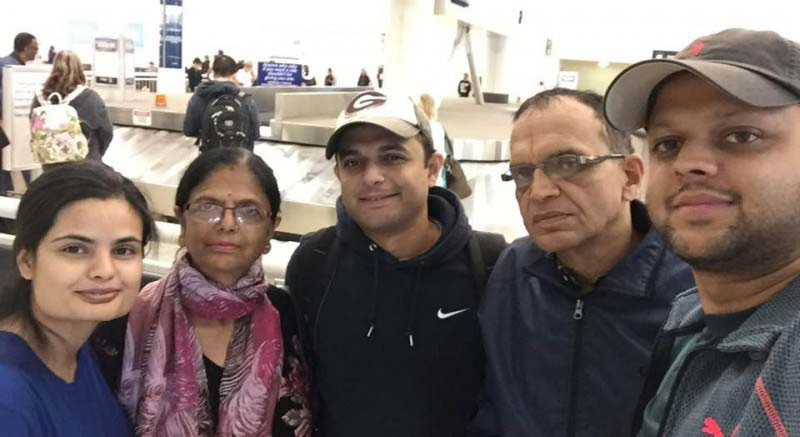 WASHING DC, Nov 7: Four Nepali migrants were killed and two sustained serious injuries in a car accident in the Jefferson County of the United State of Georgia on Friday.

The injured are undergoing treatment at a local hospital.

The deceased have been identified as Chiranjibi Khanal of Gulmi district, who was currently staying at Anamnagar, Kathmandu, his wife Shyama Khanal, daughter-in-law Richa Khanal Panta and another girl.

According to local media, the girl is identified as the beloved of Khanal’s son Samir.

Those who were sitting at the back of the car were killed. Those sitting in the front were Samir Khanal and Subash Khanal. Their condition is said be out of danger. They are  undergoing treatment at a local hospital.

The Ultima car of Nissan Company collided head-on with a truck along the 88 Highway while it was heading north from 296 Georgia Highway at around 9 pm on Friday.

According to an eyewitness, the truck hit the car while it was trying to swerve after seeing it.  The truck driver is a staffer of a company based in Sandarsionville Tenny. The driver sustained minor injuries.

Relatives said that the family was in Virginia to celebrate the Tihar festival. “During the Laxmi Puja they all were here in Virginia. After that they went out in a car and met with an accident. All the details have arrived. We are in contact with the police,” relatives said. The dead body has been kept at Atlanta’s crime lab. It is yet to confirm whether the accident was caused due to consumption of alcohol, police said.

According to family sources, Khanal was an employee of the Nepal government and had gone to the USA after retiring.

RAUTAHAT, Dec 10: Four people including driver were killed in a bus accident at Adhabar in Bara district on Saturday... Read More...