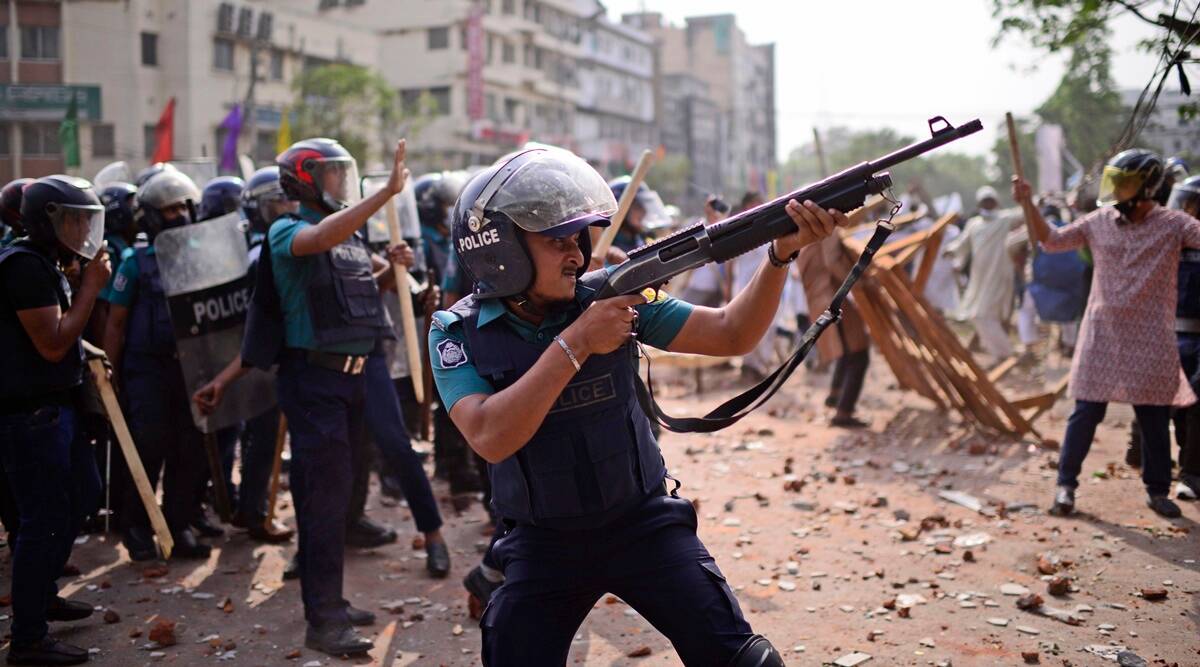 COX’S BAZAR, March 27: Four people were killed after police fired on protesters who they said attacked a police station in the Bangladeshi city of Chittagong on Friday during a demonstration against a visit to the country by Indian Prime Minister Narendra Modi.

Dozens were also hurt in the capital Dhaka where police used rubber bullets and teargas in clashes with violent protesters, witnesses said.

In Chittagong, thousands of supporters of an Islamist group that accuses Modi of alienating minority Muslims in India streamed out of mosques after prayers to register their protest against his visit, police official Rafiqul Islam said.

“We had to fire teargas and rubber bullets to disperse them as they entered a police station and carried out extensive vandalism,” he told Reuters, referring to protesters.

He made no mention of police using live rounds. Another police official, Mohammad Alauddin, said a Chittagong hospital had received eight people with gunshot wounds, adding: “Among them four succumbed to their injuries.”

He identified the dead as three students and a tailor.

Modi landed in Dhaka on Friday for a two-day visit to celebrate the 50th anniversary of Bangladesh’s independence.

Hundreds of protesters then clashed with police near a large mosque in Dhaka, witness Jahangir Alam said. He said dozens were hurt when police fired rubber bullets and teargas after protesters pelted them with stones and set ablaze motorcycles.

Social media network Facebook and its Messenger app, which are often used to organise protests in the country, appeared to be down in some parts of Bangladesh.

An official from Bangladesh Telecommunication Regulatory Commission declined to comment. A Facebook representative did not immediately respond to questions from Reuters.

KATHMANDU, May 11: Police have intervened at the office of Bibeksheel Sajha Party (BSP) to remove banner that welcomed Indian... Read More...