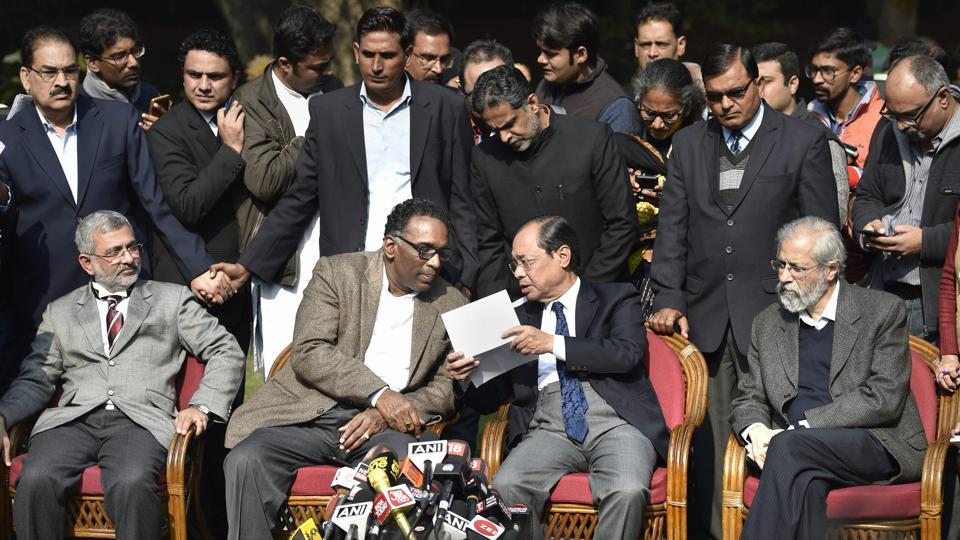 NEW DELHI, Jan 12: Four sitting judges of the Supreme Court of India on Friday said the administration of the highest court was not in order, warning that democracy would not survive in the country unless the institution was preserved.

The judges blew the lid off a growing rift with Chief Justice Dipak Misra at a news conference, the first of its kind ever held by sitting judges of India’s top court.

“The four of us are convinced that unless this institution is preserved and it maintains its equanimity, democracy will not survive in this country,” Justice Jasti Chelameswar said on the lawns of his residence in the Indian capital.

Reuters could not immediately reach the chief justice for comment.

Chelameswar, speaking beside his colleagues, Justices Ranjan Gogoi, Madan Lokur and Kurian Joseph, said they did not want to be accused of not having spoken up for the institution, or of “selling their souls”.

Efforts to alert the Chief Justice that certain things were not in order and that remedial measures needed to be taken had failed, prompting the news conference, Chelameswar said.

“This is not a political meeting,” he said, adding that the judges were releasing a letter detailing their concerns.