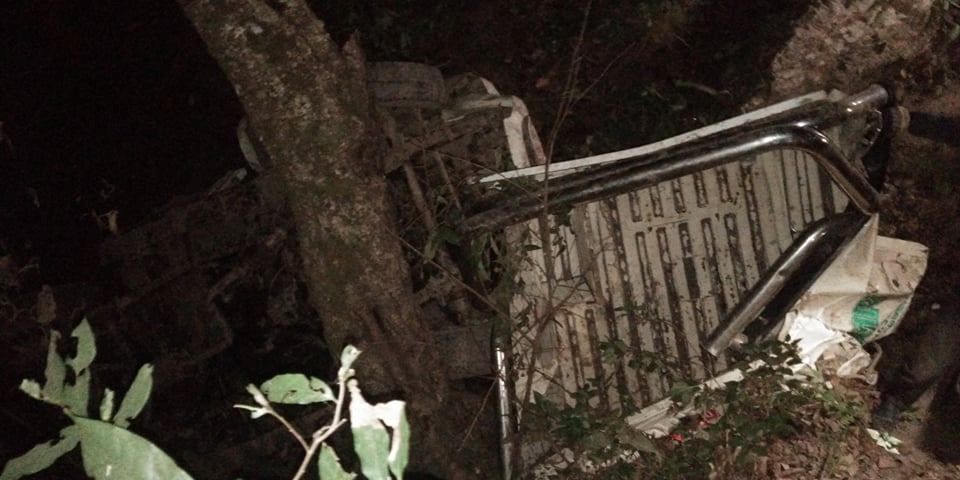 DOTI, Dec 6: Four people died in a jeep accident in Bogatan Phudsil Rural Municipality of Doti district on Sunday. Four persons have been injured in the accident.

The jeep, number plate Ma 1 Cha 550 of Shaileshwari Yatayat, which was traveling from Dipayal to Khatyadi, the center of Bogatan Phudsil Rural Municipality, met with an accident at Baukhelle of Bogatan Phudsil Rural Municipality-7. The accident took place at around 1AM. Three died on the spot and one died on the way to hospital.

The dead have been identified as Manju Tripathi, 27, ward secretary of Bogatan Phudsil Rural Municipality- 7, her 55-year-old mother-in-law (name yet to be made public) and Harinarayan Bhatta, 40, of K I Singh Rural Municipality-4 working at the Rural Water Resources Project, according to Deputy Superintendent of Police Indradev Malla of District Police Office, Doti.

A four-year-old son of the deceased also died while being brought for treatment. However, the district police office has not confirmed the news. DSP Malla informed that the death was reported but the hospital is yet to confirm the deaths.

The injured have been identified as Tikaram Giri, a security guard working at Global IME Bank, his wife Khema Giri, Hemant Bhatt, a teacher at Khatyadi Secondary School and Kailash Bam, the driver.

GULMI, Nov 27: The number of people dying in a jeep accident in Isma village in Gulmi district on Friday... Read More...

163 incidents of child marriage in a ward

DOTI, May 14: Total 163 incidents of child marriages have occurred in Silgadhi municipality-8, Ladagada of Doti during the past... Read More...