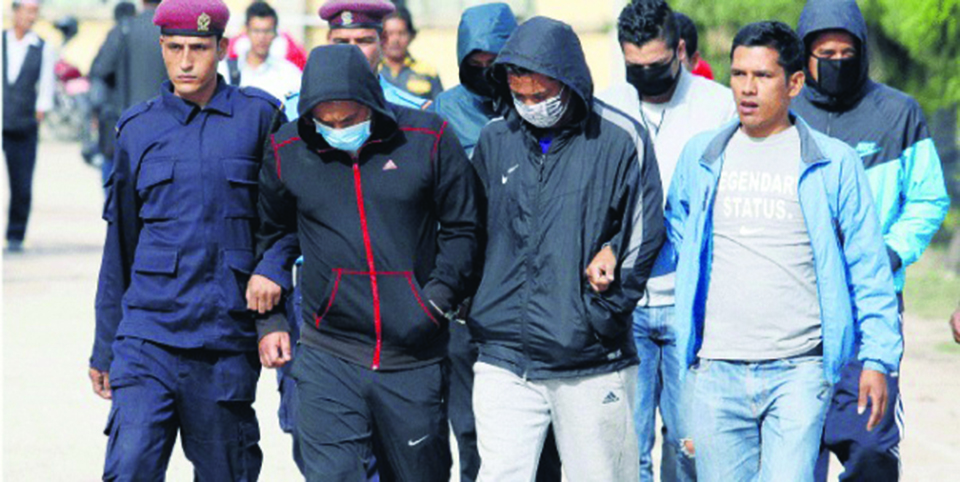 The author is an attorney at Lex Jurist, a Kathmandu based law firm
news@myrepublica.com

If there is anything that brings us together it is sport. It instills a feeling of togetherness among us. When Nepali players play against other countries, obviously we cheer for our team. The unity a sport brings about cannot be compared with anything. Unfortunately, the unity sometimes cannot last longer because of number of reasons. Any untoward incident relating to sports can be frustrating and counterproductive. Winning a game alone does not ensure success. Fair play and discipline are most important.

Fairness is the crucial foundation of a game. It uplifts the morals of players. As such, every player is expected to play with fair attitude, but there are so many instances that have turned the sports event into a war. Apart from this, match fixing has been a problem on a number of occasions. Sports have been a big industry in many parts of the world.  The practice of spoiling the game with the objective of obtaining certain benefits has also become more prominent these days.

The case of match fixing surfaced for the first time in Nepal in 2015 when Nepal Police in collaboration with Sportsradar AG investigated activities of national football team. A year-long investigation revealed that the games played between 2008 and 2015 had been manipulated by some of the star players of Nepali football team. Following this, Asian Football Confederation (AFC) provisionally suspended five Nepali footballers including the then captain Sagar Thapa. AFC in its statement concluded, “Match manipulation is a serious threat to the development of the game in Asia and it adopts a zero tolerance policy towards match fixing and anyone involved in it.” But match fixing is not limited to football. All sports sectors are prone to it. Is Nepal prepared to tackle it if such case occurs again?

Nepal has no laws related to match-fixing although our legislature has framed a number of laws to ensure gender equality among others. We do not have a single instance of Supreme Court directing legislative authority to come up with new legislation related to sports.

Only one case of match fixing had been tried in Special Court in 2015, but all the accused were released on bail.  After this incident, a provision has been included in new Criminal Code (2017). This is perhaps the first systematized code which is said to go on implementation from June, 2018.

The lack of explicit laws related to match fixing is creating a significant problem in prosecution of offenders. Sagar Thapa including four other suspects of match fixing were prosecuted under organized crime against state. Prosecution was seeking lifetime imprisonment for all the suspects. Three years after that match fixing case, no explicit legislation has been brought to deal with such incidents. It is good that government criminalized sports betting. Criminal code does include a provision related to match fixing. It incorporates the provision that states no Nepali player or group of players representing Nepal shall play or shall insist any other players to play any game either in Nepal or in foreign country with mutual consent or with cupidity or to win or lose a bet so that it adversely influences desirable result of the game.

If any game is played with such intent, this will be considered an act against national interest. The offence is punishable up-to three years of imprisonment and a fine of Rs 30,000. If involvement of money is found, such money is to be confiscated as well.

It also mentions that any person—team members, coaches, selection committee members—who directs, orders, incites or abets conducts prohibited by the court, they will be taken as real offenders. The law has three years of additional punishment for abettor who holds public post but is engaged in match fixing outside Nepal. Though it covers the involvement of government official in altering desirable results of the game which is played outside Nepal it puts no addition imprisonment if the same act is done to influence the results of a game played inside Nepal.

We need to introduce a new law. We need to be a pioneer of sports law in South Asia. Let us hope we will not be subject to hear news of ball tampering or any other incidents. Like we unite for sports, let us also unite for the cause of fair play.

The author is an attorney at Lex Jurist, a Kathmandu based law firm