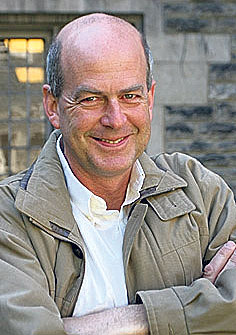 KATHMANDU, April 8: Former UN-Habitat country representative for Afghanistan, Peter John Dalglish, has been arrested from Kavrepalanchowk district for his alleged involvement in pedophilia, a psychiatric disorder that leads to sexual attraction toward children.

The 60-year-old Canadian, who served as UN- Habitat country representative for Afghanistan from 2010 to 2014, was arrested by a team of the Central Investigation Bureau (CIB) from the house of Chinkaji Maharjan at Mandan Deupur Municipality in Kavrepalanchowk district on Saturday morning.

DIG Pushkar Karki, director of the CIB, said that preliminary investigation by CIB suggested that Dalglish might have sexually abused many children.

Sixty-year-old Peter John Dalglish, a Canadian, had served as UN- Habitat country representative for Afghanistan from 2010 to 2014.

In Nepal, Dalglish, as the founder of the Himalayan Community Foundation, a non-governmental humanitarian organization to help poor and deprived families with their children’s education, has been running various projects related to education and drinking water for the deprived communities in Kavrepalanchowk district for the last two years, according to CIB.

“Our preliminary investigation has found that he has been targeting children from poor financial backgrounds and sexually abusing them. By promising the family members that he would educate their children, take them abroad and also provide them jobs after they finish their education, he had been sexually abusing children. Given his age and his high profile in the humanitarian sector, he would easily win trust of the family members and later abuse their children,” DIG Karki elaborated.
Apart from working in UN-Habitant as country representative, he has also worked in top positions of other UN bodies. After working in UN-Habitant for four years, Dalglish had joined the UN Mission for Ebola Emergency Response in Liberia in 2015 where he worked for a year. In 2016, Dalglish joined the World Health Organization (WHO) as a senior urban advisor to coordinate global efforts to stop the spread of the Ebola epidemic. He is also one of the founders of Street Kids International, a Canada-based non-governmental organization established in 1988.

“He had arrived in Nepal three months ago. After we got information about his sexual misconduct from security agencies in other countries, we had been closely following him and managed to arrest him,” DIG Karki said.

According to DIG Karki, Dalglish might have sexually abused children in Kathmandu as well as in Pokhara. “Not just that, he might have been involved in pedophilia in other countries as well where he served as UN official in the past. We are investigating into the matter,” DIG Karki said.
As per the law, he may be jailed for eight to twelve years if convicted of the crime.

KATHMANDU, May 29: Police have arrested six people for their involving in the Indian Premier League (IPL) betting from the... Read More...

KATHMANDU, Dec 15: Police have filed a fraud case against those arrested for cancelling a live concert ‘Marshmello Live in Nepal’... Read More...